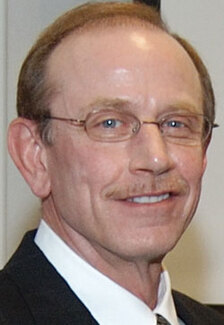 Lon Morey likes to build things,  whether it’s the family business, a charter public school, a strong community or a better Michigan.

A longtime supporter of the Mackinac Center for Public Policy, Morey currently is chairman of the board of Morbark Inc., a family business established by his father in 1957 that today is a leading manufacturer of heavy equipment for the forestry, sawmill, recycling and tree care industries.

Morey helped lay the concrete block foundation of the first Morbark plant in Isabella County when he was eight years old. Over the years he did everything from mow the lawn and paint walls to serve as president from 1997 to 2011.

As president, Morey’s strategy for success was the same approach he takes with supporting the Mackinac Center: surround yourself with skilled employees and let them do their work.

“Entrepreneurs like Lon play an understated role in our society,” said Mackinac Center President Joseph G. Lehman. “They contribute greatly to civic and economic life, just as our nation’s founders had in mind when they crafted a limited government, yet too many politicians and teachers under-appreciate how much they themselves benefit from the fruits of free enterprise.”

Lon Morey continued his family’s tradition of support by pledging $1 million through The Morey Foundation to establish the Morey Fiscal Policy Initiative at the Mackinac Center in 2005. He continues to support the fiscal policy initiative, which champions private-sector economic development, and works to limit taxation and reduce government outlays.

“Lon is one of the best friends the Mackinac Center and sound policy have ever had,” said Michael LaFaive, director of the Morey Fiscal Policy Initiative. “I shudder to think what the state’s fiscal policy debates would have looked like without Morey Foundation support.”

As a businessman, Morey has seen firsthand the consequences of federal intervention and heavy-handed regulation of local communities. One reason he supports the Mackinac Center is because of its work to expose ineffective  state and federal policies.

“How does Washington or Lansing know what Michigan needs or Isabella County needs? They don’t,” he said.

In addition to the Morey Fiscal Policy Initiative, The Morey Foundation has been instrumental in opening a charter public school, recreation center, cancer treatment center and more, all at the local level.

“I like to be proactive,” he said. “I hope I’m making the community a better place.”