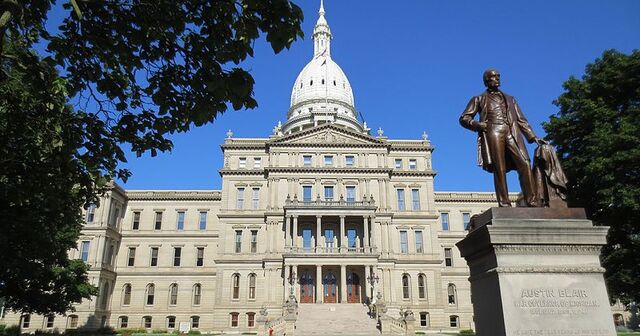 There is Waste in Michigan’s Budget

Not all of it can be cut immediately, but some can redirected to roads now

A version of this article appeared in the Detroit News.

The prevailing view among many politicians is that the only way to spend more on roads and bridges is through a large tax increase. But that’s not the only way to prioritize road funding. There is plenty of waste in Michigan’s budget that lawmakers could use for this purpose. Not all of it can be cut immediately, but there is plenty worth pursuing if road funding really is a top priority.

Michigan is near the middle of the pack among the states for its overall tax burden as well as for overall state and local tax collections. Our budget is much larger than many other states. Neighboring Indiana, for example, spends 5% less per person than Michigan does. It is unlikely we are getting more bang for our buck in government services than states spending much less per person – like Utah, Tennessee, Missouri, Georgia, North Carolina, Montana, Florida and more.

For most of the first decade of the 2000s, Michigan saw a historic economic collapse. While the overall budget flatlined then, it has increased significantly since 2010. Much of this spending has gone into programs that most taxpayers would not say have improved their lives in a noticeable way.

For example, the state handed out billions of dollars in the name of economic development incentives. The most expensive of these, the Michigan Economic Growth Authority, only met about 10 percent of its job creation projections. The state is still spending hundreds of millions of dollars every year for the program, and it will be paying this money out for a long time.

Taxpayers also have had to bear the costs of skyrocketing costs for state employees. Michigan spends $118,000 for every state employee, up from $80,000 in 2000, adjusted for inflation. As I’ve noted before, “Overall, since 2000, the state has 14,700 fewer employees but is spending $286 million more for them, adjusting for inflation. That’s a 38% spending increase on 24% fewer workers — not a good deal for the state, citizens or even the unions representing them.” Michigan taxpayers are also shelling out around six figures for every school employee. And 36 cents of every dollar spent are for pensions, mostly to make up for past underfunding.

There’s a similar trend in the corrections budget. Michigan’s prison population has declined from 51,000 in 2006 to fewer than 40,000 today. But taxpayers have not seen a benefit from this 22% decline in prisoners, as spending has held steady at around $2 billion annually for more than a decade.

This is not to say that all state spending can be immediately cut and redirected. Much of it is related to past promises that were made. But there is plenty of waste here.

If the state government spending were at the proper level and for the appropriate purposes, people would feel its full benefit. But does the average teacher feel like he is getting $100,000 worth of compensation? Does the typical state employee believe she is benefited to the tune of nearly $120,000? What is unique about Michigan that it costs nearly $50,000 per year to house a prisoner?

The waste represented by these inexplicable rising costs requires a longer-term fix, which demands diligence. But in the short term, some money in the budget can immediately be shifted to roads. Over the last decade, lawmakers have doubled state road spending in Michigan from $2 billion to $4 billion. This gradual spending increase was made possible by steady growth in state tax revenue, and it is set to continue. If policymakers want to, they can commit even more of future revenue growth to roads.

But freezing or cutting other discretionary state spending would lead to even more money for roads. My colleagues have assembled dozens of ideas along these lines, including cutting select business subsidies, ending the appropriation for the University of Michigan and stopping legislative earmarks. Altogether, these would free up about $2 billion for transportation.

One bipartisan group of former lawmakers has called for transportation funding coming only from tax increases — a 47-cent-per-gallon increase to be implemented over nine years. Gov. Gretchen Whitmer largely agrees, though she wants a 45-cent-per-gallon increase rolled out by late next year. But the governor prioritizes roads and taxpayers less than other budget areas — her proposal calls for increasing fuel taxes to pay for road work but to pay for other spending priorities worth $600 million too.

Either of those plans would make Michigan citizens pay by far the highest fuel taxes in the country — twice as high, in fact, as any other state in the Midwest.

According to recent polls, voters prefer a more measured approach. Polls done on the proposal to hike the gas tax show that it garnered support by only 11%, 21% and 23% of respondents, respectively. The latest poll from Target Insyght shows that only 18% of voters support increasing the gas, sales tax or registration fees to fund roads while 50% support cutting or shifting current state spending and using that for roads.

It appears citizens believe roads are a higher budget priority than other areas. Lawmakers should pay attention to them.

What Do We Know About the Impact of Prevailing Wage Laws?