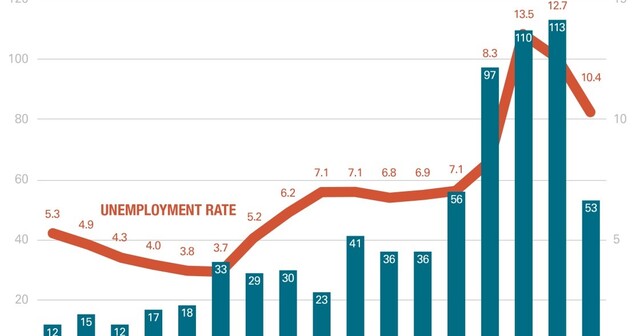 Michigan should end the MEDC

From 1995 to 2011, Michigan ran a program that granted special tax exemptions to chosen companies. The research on this program – the Michigan Economic Growth Authority – has been pretty consistent: It was a failure.

The Mackinac Center did two studies on MEGA; a 2005 study showed that the few jobs “created” from the program were temporary and expensive and a 2009 study found that it had an overall negative impact on Michigan’s economy. The Michigan Office of the Auditor General has found repeated problems with state “economic development” programs over-promising and under-delivering. The Anderson Economic Group found a negative impact on job creation. The only favorable study was done by the Upjohn Institute, but even that found only a very small positive economic effect and that the actual MEGA program was almost incidental to the state’s economy. A recent review of the program showed that only 2.3 percent of the projects given tax credits ever met their job projections.

Though the program was ended in 2011, it lives on. Michigan taxpayers are on the hook for up to $9 billion over the next two decades because of credits handed out over past years. This will cause a continuing hole in the budget.

So what is the defense of the Michigan Economic Development Corporation?

MLive business columnist Rich Haglund, who has written positively and critically of its programs in the past, offers one up. In a recent article, he says that when former Gov. John Engler eliminated some “economic development” programs in the early 1990s, Michigan “quickly gained a reputation for having unilaterally disarmed in the war among the states for jobs.”

He adds: “[T]he agency offers some valuable programs, particularly those that aid entrepreneurs and community development. And it has tight linkages with local economic development agencies, which would suffer if the state sacked the MEDC. The reality is that the states are engaged in a costly battle of their own making for jobs and business investment. Unless this war is somehow ended, it would be unwise for Michigan to disarm again.”

This is mostly anecdotal and even Haglund admits in the piece, “[The MEDC’s] overall impact on job creation is arguably minimal.”

Besides the fact that the bulk of the research shows poor economic effects from Michigan’s programs, there are two main reasons the state should not be in the business of deciding which companies get special favors and which have to pay to subsidize their competitors.

First, centralized planning just doesn’t work. This is because of the “economic calculation problem” developed by Ludwig von Mises. In short, no centralized actor (even a large and democratically elected one like a state government) can possibly have more knowledge than the market as a whole, which means attempts at “economic development” will most often do more overall harm than good because it will misallocate resources away from their most productive use.

Second, government programs tend to expand beyond their core mission. While the MEDC and MEGA started as small, focused programs, they quickly grew larger. During the administration of former Gov. Jennifer Granholm, the agency expanded into all kinds of areas, with bipartisan support. Today, much of what was done is widely recognized as having caused more economic harm than good. It’s good that MEDC has shrunk – but that doesn’t mean it will stay that way.

The MEDC does more political development – helping politicians look good – than economic development. The state should end it.