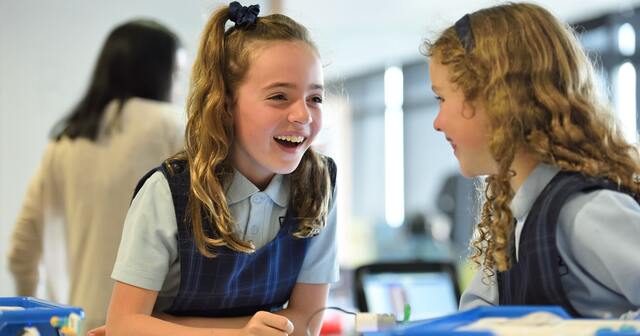 When families most need education options, bigoted provision stands in the way

The return to school has been anything but usual this year. Pandemic-related concerns have left some Michigan parents scrambling to find a suitable in-person or virtual learning option that their home district doesn’t offer. A recent legislative deal, unfortunately, shut the door on many families seeking to transfer to other districts or online charters, as most of the state’s per-pupil funding for their children would no longer follow them to their new school.

Some students and parents have turned to private education as an alternative. In some regions, nonpublic schools have distinguished themselves from nearby districts by offering safe and effective forms of face-to-face instruction. But some Michigan families lack the funds to pay the tuition needed to fund these educational opportunities.

Sadly, a substantial legal obstacle stands in the way of state educational aid for these families, despite a recent national victory for school choice. On June 30, in the case of Espinoza v. Montana Department of Revenue, the U.S. Supreme Court struck down relics of overt religious discrimination that represented most of the remaining legal impediments to parental choice in education.

Nearly all state anti-aid amendments, commonly known as Blaine amendments, were struck down for their thinly veiled anti-Catholic language. Chief Justice John Roberts summarized the 5-4 majority’s decision: “A State need not subsidize private education. But once a State decides to do so, it cannot disqualify some private schools solely because they are religious.”

Unfortunately, Michigan is one of the very few states with its Blaine amendment left intact. Its exceptionally broad language makes scholarship funding off-limits to families at all private schools, secular and religious alike. The lack of overtly anti-religious language does not, however, rid our state’s provision of the intolerant stain that birthed it.

The vast majority of Blaine amendments emerged directly out of a particular 19th century sentiment. At the time, the nation’s public schools provided a generic form of Protestant religious education, far removed from the modern debate over church and state. In his concurring opinion on the Espinoza case, Justice Samuel Alito observed of anti-aid proponents, “Catholics were considered … not as citizens of the United States, but as ‘soldiers of the Church of Rome.’”

According to scholars cited by Alito, the highly influential 19th century education reformer Horace Mann openly touted the goal of his reform idea — common schools — this way: to “Americanize” the Catholic immigrants into a “least-common-denominator Protestantism.” Mann’s home state of Massachusetts became the first state to pass an anti-aid amendment.

More than a century later, Michigan voters prohibited public funds from “directly or indirectly” supporting nonpublic schools, putting it into Article VIII, Section 2. This marked the last time any state in the nation added an anti-aid amendment to its constitution. The nonpublic schools at which the 1970 amendment was targeted were overwhelmingly affiliated with the Catholic Church. Out of more than 270,000 Michigan nonpublic school students, about 80% were enrolled in a Catholic school, and 98% attended some kind of religious school.

Michigan’s amendment was introduced in response to legislative efforts to provide state funding to parochial schools. A group called The Council Against Parochiaid, fighting the direct aid of religious institutions, advanced a far-reaching constitutional ban as the solution.

Anti-Catholicism clearly was a driving force behind the 1970 amendment. One pro-amendment group highlighted the predominant target: “More than 90% of all parochiaid funds go to schools owned by the clergy of one politically active church.” As Election Day neared, the Council Against Parochiaid specifically called on Protestant and Jewish leaders to rally their congregants to vote.

The day after voters passed the amendment, the Grand Rapids Press published this sentiment from one of its supporters: “To those tax-hungry clergymen who formed an alliance with unprincipled politicians to jam repeated parochiaid measures through the legislature and who, during the campaign, have threatened to close their religious schools . . ., we say ‘Don’t just talk about it, DO IT!’”

The ballot measure was intended to discriminate on the grounds of religion, an escalating sentiment that was apparent to prominent observers at the time. Sen. James Fleming voted against the parochiaid legislation but noted of the debate, “I have never witnessed such anti-Catholic sentiment in my life. It might even be that divisiveness created by this issue would set back ecumenicalism fifty years in Michigan.”

Whatever the campaign’s long-term effect on religious harmony, the shadow of its bigotry holds back educational opportunities for parents and students to this day. For now, only Michigan’s and Massachusetts’ Blaine amendments still stand.

Due to economic circumstances and a bigotry-laden constitutional amendment, Michigan families are still denied a meaningful choice in education. As long as the infamous provision remains in our constitution, the lingering effects of discrimination will continue.