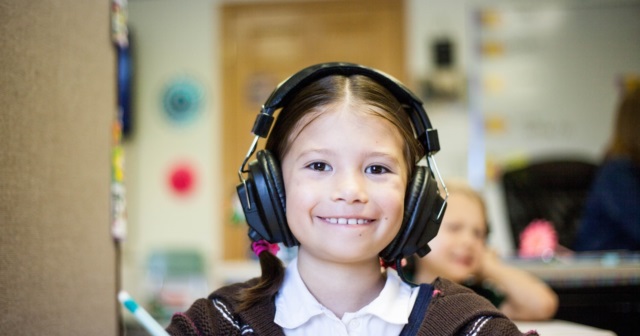 Editor's Note: This article was first published in The Detroit News on June 20, 2020.

The U.S. Supreme Court’s ruling for a single mom from Montana clears the last remaining legal barrier for students across most of the nation to access a wide range of educational opportunities. For families in a few states, including Michigan, the barrier still stands.

Kendra Espinoza took on the state of Montana for denying her the ability to use tax-credit scholarship donations to send her daughters to a private Christian school. Because of Michigan’s stringent constitutional amendment, its children and parents lose out on the immediate fruits of victory but now stand closer to reaching full educational choice.

In the majority opinion, Chief Justice John Roberts struck down dozens of state amendments that openly discriminate in the way they provide educational aid. These provisions unfairly penalize some options, he wrote, “by cutting families off from otherwise available benefits if they choose a religious private school rather than a secular one, and for no other reason.”

Most of the 37 states’ Blaine amendments are relics of 19th century anti-Catholic animus, meant to limit tax funding to nominally public but essentially Protestant schools. Modern opponents of educational choice have revived these provisions, with some success, to limit or shut down programs that expand access to private schools.

Those amendments effectively deprive students from low-income or working-class families, or students with disabilities, from accessing educational options that their families find serve them better. This legal tactic works against voters of all races, but especially blacks and Hispanics, who favor school choice by wide margins. It also undercuts the express preferences of parents, many of whom would select private education if they could afford it.

In 1970, Michigan voters enacted a uniquely restrictive anti-aid provision. The successful ballot initiative came in reaction to a legislative move to send state tax dollars for secular instruction in private schools. About 80% of those schools then were Catholic, enabling opponents to successfully stigmatize the funding plan as “parochiaid.”

Since Michigan’s constitution uses religiously neutral language to bar support for families choosing private schools, the Espinoza ruling does not expand families’ access to our state’s diverse educational landscape. That landscape today includes a variety of religious and secular options. The need of students for educational alternatives is as great as ever, however, and the financial burden of paying both taxes and tuition limits many families’ choices.

The economic hit caused by the coronavirus pandemic has magnified that burden. With tuition dollars harder to come by, some private schools are struggling to stay afloat. Michigan’s anti-aid amendment prevents the state from offering families help, though Congress can act to expand tax benefits for tuition payers and donors to scholarship organizations.

Wherever the intervention comes from, it would especially help students from less privileged backgrounds. Dolores Perales and her younger brother Christian grew up in southwest Detroit, reared by parents with limited education and limited funds. Their ability to complete Detroit Cristo Rey’s college prep coursework and corporate work-study program has opened doors to further achievement for both of them — one pursuing a graduate degree and the other attending an Ivy League school. Meanwhile, many of their peers could not escape the nation’s poorest-performing school district.

More students could write similar success stories in years to come, if Michigan could follow the lead of its neighbors around the Great Lakes. A voucher program for low-income students in Cleveland brought the last major Supreme Court school choice victory, the Zelman decision in 2002. According to that ruling, any publicly funded program that gives parents a neutral choice between different religious and nonreligious schools holds up under the First Amendment. Today Ohio, which has no Blaine amendment, runs a total of five choice programs.

The Institute for Justice, instrumental in the Espinoza case, prevailed earlier in two more of Michigan’s neighbors that do have Blaine amendments. Thirty years after becoming the birthplace of the modern choice movement, Wisconsin operates four choice programs of its own. Indiana provides thousands of K-12 students with tuition aid.

Michigan’s 50-year-old restrictive stance leaves the state as a serious outlier. This new reality only heightens the urgency for state policymakers to open the door for students to access the full range of educational opportunities.

The recent Espinoza ruling brings a faint ray of hope for Michigan families who need educational options now as much as ever. Let’s not keep them waiting indefinitely.