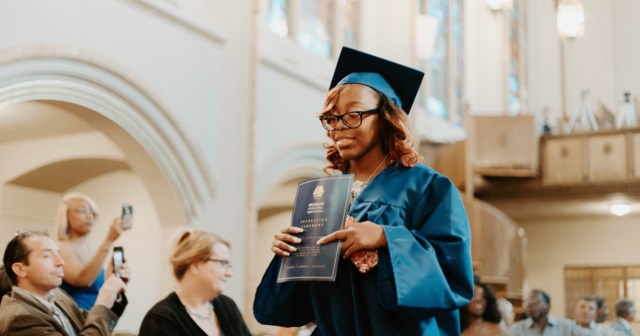 A salient feature of the “Return to Learn” plan is to punish public schools that innovate, grow and demonstrate success. This kills incentives for schools to improve and leaves families with fewer good options. This backward funding policy, touted as a needed response to the COVID-19 pandemic, will trap many students in ineffective distance learning programs.

At a time when parents need more learning options than ever, it’s important that education dollars follow students. The power of the purse is the only way parents can encourage districts to offer schooling options that they actually want. Michigan sadly has retreated in the opposite direction.

The state’s recently adopted back-to-school legislation contains a misguided provision that deters schools from enrolling new students this year. The ramifications can be clearly seen in two popular educational options for disaffected families: a destination district in Oakland County with both attractive in-person and virtual learning options and an online public charter school with diverse programming tailored to student interests.

News coverage of the deal between Gov. Gretchen Whitmer and the Republican Legislature has been nearly oblivious to the negative impact of a last-minute provision that ties 75% of foundation allowance funding to last year’s student count. According to The Detroit News, the measure was enacted “to combat school districts' fears about attendance in the upcoming year.” Bridge Magazine similarly cited the demand for district financial stability, with only opposition from education administrators who wanted to base all formula dollars on 2019 enrollment. State Superintendent Michael Rice championed this position in his July 28 plea to legislators to “freeze enrollment” for 2020-21.

Shortly after the Michigan Senate approved the deal during a rare Saturday session, the board of Oxford Community Schools responded by voting in its own special meeting to stop accepting Schools of Choice students after Aug. 17. As a result of the Legislature’s bill package, each new transfer student brings a mere quarter of the foundation allowance to the educating district. Oxford had already attracted hundreds of new SOC students for the next school year, an indication that their educational programming was highly demanded by parents.

“Ultimately, we’re going to get punished because of the excellence we provide,” said board president Tom Donnelly, describing the 75-25 provision as “disgusting” and “absolutely illogical.”

Since Michigan adopted Schools of Choice in 1996, conventional districts have accepted and received funding for students who enroll from outside their boundaries. Over the past few years, the number of nonresident students who have transferred into Oxford has risen from nearly 1,100 to over 1,500, a trend that district officials say has only accelerated with the surrounding struggles with pandemic learning.

While the district has stopped accepting applications from nonresident students, Superintendent Tim Throne said its leaders are prepared to dip into savings to provide the promised education to those who had already enrolled. “We have an obligation to these families,” he said. As of June 30, the district had a general fund balance of $11.7 million, about one-sixth of its annual revenues collected to serve 6,000 kids.

Oxford could save money by switching to fully remote learning, like all but one other Oakland County district has done. By providing an in-person learning option for 80% of its families, the district is paying more to follow the governor’s recommended hygiene and safety protocols, while dividing students into two cohorts that will spend different days in class. But Throne insisted that the district will stick with its original plan. “Just because it’s the easy thing doesn’t mean it’s the right thing,” he said.

The Legislature’s deal with Gov. Whitmer also threatens another popular public education option: Michigan International Prep School. In its first three years of operation, the online charter school grew from 161 to 732 students. More recently, many families reluctant to send their children back to school during the pandemic are looking for a quality virtual learning environment. School officials report that enrollment is on track to nearly double again to 1,400 by September.

But under the terms of the new legislative deal with Gov. Whitmer, the school gets only 25% of the funding for each additional student. In other words, if they enroll an additional 700 students, the state will pay for 175 of them. The other schools or districts these students left will get the remaining 75%, even if they don’t educate them. “Basically, this was the death of education innovation,” said superintendent Andrew Hulbert.

Six different MIPS learning labs offer students a place to drop in and meet firsthand with their assigned mentor or just find a quiet place to do schoolwork. The school customizes learning opportunities that appeal to different strengths and interests and allows students to master material at their own pace. On one track, students have the chance to earn a free Associate of Business Administration degree through a partnership with Cleary University.

For older students who need to earn a living while completing previously missed high school credits, MIPS has partnered with two Brighton-area employers — a commercial roofing company and auto parts manufacturer — to provide easy access to full-time employment. Students can get help from mentors during evenings and weekends.

In 2020-21, MIPS is also unveiling a School of Music, led by an accomplished music educator, that provides training in voice, piano and guitar through both online and face-to-face instruction, with opportunities for student collaboration and performance. Other avenues for these students to pursue include courses and certifications in advanced manufacturing and cybersecurity.

After the state’s drastic retreat from directing funds to follow students, it isn’t clear how a school like MIPS can sustain its level of service and range of opportunities. Families will suffer as a result. The Legislature must stop punishing success and creativity, and find a better approach to pandemic schooling.

Disadvantaged Students Harmed the Most by Remote Schooling