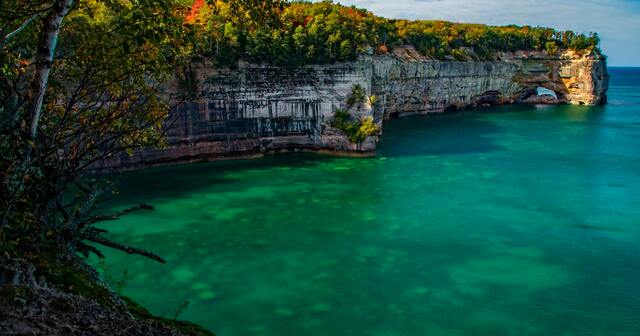 Striking a Balance on Environmental Regulations

'No more stringent' will benefit Michigan

It’s nice to be able to chalk up a win every once in a while. It’s even nicer when that win has the threefold benefit of helping Michigan’s businesses compete, protecting Michigan’s environment and promoting transparency in state government. For nearly 14 years, the Mackinac Center has encouraged the state of Michigan to adopt legislation that would keep state agencies from imposing environmental regulations that are more strict than those already imposed by federal regulators. The House had passed this legislation — House Bill 4205 — in May 2017; the Senate finally caught up and passed the bill yesterday. It’s now Gov. Snyder’s turn.

In a January 2005 blog post, my predecessor and former director of the Michigan Department of Environmental Quality, Russ Harding, encouraged legislators to pass, “a law that curtails the Michigan Department of Environmental Quality’s ability to issue regulations that are more stringent than those of the federal government.” We have repeated that request in a mix of publications since that day.

Our 2010 pamphlet, “Environmental Regulation in Michigan,” recommended that legislators who are unable to settle on an appropriate regulatory path for the state, “should at least pass a law that prevents state agencies from promulgating regulations more stringent than federal requirements without approval of the Legislature.” Then again in a May 2018 blog post, we described the bill, as it had been passed by the House.

In each missive, we reiterated the value of this legislation. Among those benefits were, the fact that the bill will help Michigan’s businesses avoid burdensome and repetitive paperwork, as well as thousands of dollars in unnecessary costs complying with duplicative state and federal regulations.

And we weren’t alone. The National Federation of Independent Business agreed, arguing in their March 2017 testimony to the Michigan House Oversight Committee that regulatory pressures disproportionately impact small businesses. They pointed out that federal regulatory burdens alone impose costs as high as $11,724 per employee in 2012 — as much as 36 percent higher than those paid by larger businesses. HB 4205 will help reduce these costs for small businesses.

Additionally, given the critiques being leveled at the Senate version of the bill, Harding’s 2005 argument that “a good argument can be made for the law on environmental grounds alone,” is especially pertinent. That is because groups like the Natural Resource Defense Council and the Michigan League of Conservation Voters have attempted to tie the legislation to concerns over the use of certain chemicals known as PFAs. They attack the bill, claiming it will stymie state efforts to regulate dangerous chemicals before EPA regulations are written.

But such an argument can only be made if one has not read the text of the law. HB 4205 has a clearly stated safety valve for the situations that Michigan’s environmental groups are raising as a concern. When an unusually dangerous situation presents itself — whether there is federal regulation already in place, or the feds have not yet moved on an issue — the bill would allow state agencies to make the case for a more stringent standard. They must simply demonstrate a “clear and convincing need” before they are allowed to impose a more stringent standard.

With that in mind, it quickly becomes clear that media reports tarring the legislation with inflammatory epithets like “a double-barreled assault on state-level environmental protections” are more about frightening headlines than a strong connection with real, serious environmental concerns. The strength of this legislation is in its recognition of the value of reasonable environmental regulation, while still protecting Michigan’s businesses, and promoting transparency in the regulatory decisions made by state agencies.

Once again, it is time for Gov. Snyder to step up and complete the job.