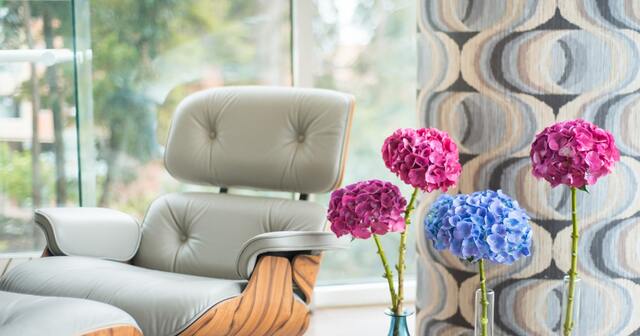 Not Much Difference Between Current Corporate Handouts and Recliner Subsidies

If a typical resident approached his or her legislators to get taxpayers to pay for, say, a new recliner, that person might find a sympathetic ear. Legislators want to please their constituents. But it’s doubtful that a lawmaker would introduce the Comfort Michigan subsidy program for select recliner purchases.

Even if introduced, the bill would not likely get passed. It’s only when lawmakers are asked to spend money for an individual’s private business interest instead of a private personal interest that they act.

Every session, legislators introduce bills to give certain businesses taxpayer money. Some of them pass. Regardless of which party gets tagged as the party of crony capitalism, it’s not a partisan issue. Business subsidies tend to be approved with strong bipartisan support.

These corporate handouts are not that different from subsidized recliner purchases. It’s all public money going to someone’s direct private interests. Business subsidies get pocketed by business owners and serve the interests of that business owner, just as recliner subsidies would go to a person’s direct personal interests.

The Comfort Michigan spokesman can say the same thing, too. Chair purchases support state retailers. They can support Michigan manufacturers, too, considering that we’re home to some major chair makers like Herman Miller and La-Z-Boy. Indeed, the purchase of a recliner affects thousands of people who are involved in the production chain, from materials suppliers to wholesalers to delivery companies.

That’s just to say that the economy is interconnected, which applies to consumer purchases as well as business decisions.

Supporters of business subsidies tend to justify them by asserting that they pay for themselves. They argue that the economic activity encouraged by subsidies generates enough tax revenue to pay for them. There’s usually a study involved, though the methods used in the study typically ignore costs more than justify them. The academics who look into corporate handouts tend to be skeptical, and they rarely find that subsidies improve the economy. This means that their costs are real.

The people who want Comfort Michigan could argue that recliner subsidies are costless, too. It’s what film producers did when they got taxpayers in Michigan to pay for 42 percent of their expenses. And lawmakers bought it, too, though they wisely reconsidered and ended the program in 2015.

Supporters of corporate handouts may also claim that other states offer competing subsidies. That can be true; there are other states that use taxpayer money to support businesses. That’s one reason why lawmakers should support an interstate compact to jointly eliminate these programs.

I don’t think there are any states competing over recliner subsidies right now. No Comfort Ohio yet.

Regardless of whether they are for a private personal interest or a private business interest, the subsidies are unfair and ineffective, and Michigan shouldn’t offer them. The state used to have it as a constitutional principle that public money could not be spent for someone’s direct private benefit. Courts started ignoring it in the 1940s, though.

Still, lawmakers ought to approach proposals for business subsidies or recliner subsidies with the same reasoning that Justice Cooley used in his ruling.

“Every honest employment is honorable, it is beneficial to the public; it deserves encouragement. The more successful we can make it, the more does it generally subserve the public good. But it is not the business of the State to make discriminations in favor of one class against another, or in favor of one employment against another. The State can have no favorites. Its business is to protect the industry of all, and to give all the benefit of equal laws.”

State lawmakers ought to view these subsidies like that the next time someone comes to town arguing for a corporate handout.