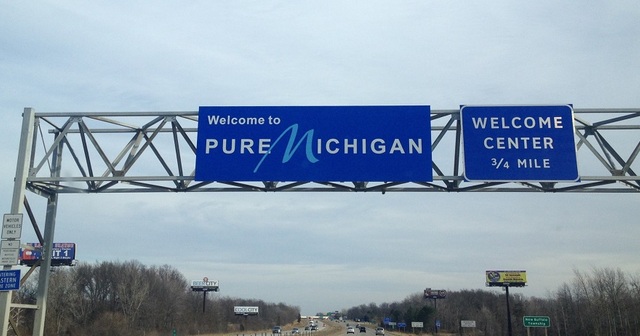 The state's corporate welfare agency claimed that taxpayers get a $6.87 return for every dollar spent on Pure Michigan ads in 2014.
Blog

Multiplier Analyses Are Prone to Abuse

Common ways to rationalize use of taxpayer dollars

A recent article from Crain’s Detroit covers a study that says the state’s taxpayer-funded venture capital partnerships provided a 21-times multiplier on investments. That is, there were $21 of economic activity for every dollar taxpayers spent. The report, which argues for more taxpayer spending on venture capital, is yet another attempt to draw faulty conclusions by misapplying an economic multiplier analysis.

Publishing a multiplier analysis is a frequent tactic to gain support for taxpayer spending. On its face, it makes the case that putting money in your preferred place will provide substantial economic returns. A little bit of public investment will yield great returns, goes the argument. Here are some examples of different multipliers that have been used to justify government spending. 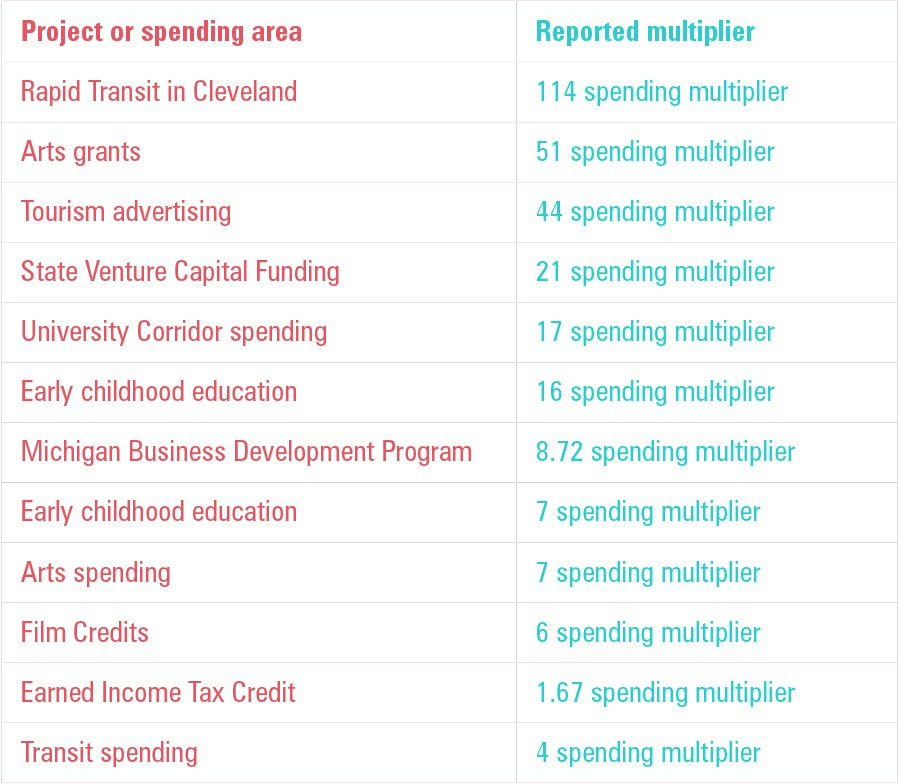 No single author or publisher created these reports. They drew on different sources of data, had different models of economic activity and used different methods to analyze the data. But they were similar in one important way: They were used to call for more government spending in Michigan.

One problem with all of them is that they are being used in ways they were not designed for. If they used the same methods and models, they might be used to show which kind of government spending would have the greatest economic impact. Instead, they are used to call for taking more money from taxpayers — a judgment call that is a different question entirely.

As economist Dan Smith remarked, “The increasingly sophisticated reiterations of old Keynesian models still fail to pass the inspection of basic economics, and still fail to address the most basic question, ‘where is the money coming from?’”

When the state publishes a study on the economic multiplier of state-paid tourism advertising, it never uses the study as part of a broader effort to set priorities for economic development spending. The economic development agencies could, for example, compare the effects of using tax money to promote tourism with the effects of that same money to seed new companies with venture capital funding. But they don’t. That kind of comparison could let them conclude that spending on tourism is better than spending on venture capital. Instead, both areas of spending (and many others) is rationalized by the argument that they have an economic impact.

There are a number of different tools available to determine the economic impact of a government initiative. Multiplier analyses are one, but their findings are often misinterpreted. Until they are used to compare the economic activity that results from different areas of public spending — something impossible, given the important ways in which they differ one from another — they should simply be disregarded.