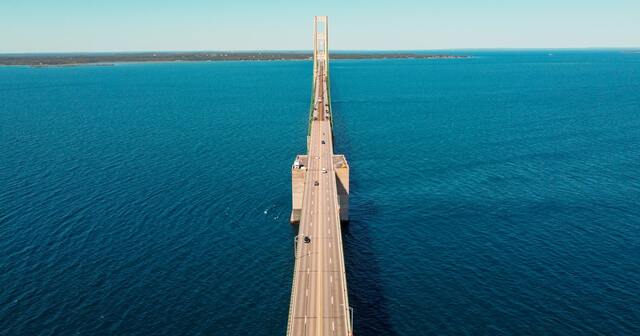 AG protests rate increases, but advocates to shut down Line 5

In 2020, while a pandemic swept across the country and left many struggling to make ends meet, Consumers Energy requested state permission to raise its rates by a total of $224 million. Michigan Attorney General Dana Nessel intervened in a case that cut the request by 60%, leaving Consumers Energy with a $90.2 million rate increase. Now, the regional monopoly is asking for a rate increase of $225 million, which would make residential rates go up 9%. Nessel has again opposed the company’s request. In a news release, she wrote, “Families should not have to choose between paying exorbitant utility bills or paying for their rent, medicine, food, clothing and for other essential things.” She added that she would “scrutinize this request to determine whether the proposed benefits truly justify the costs to Michigan consumers.”

Nessel’s intervention is the proper response, made necessary because state government is the only check on monopoly utilities that do not have to compete in a free market. She should use the same standard of costs and benefits when evaluating any issue that will raise energy prices for Michiganders – including her efforts to shut down Line 5.

Line 5 is an Enbridge-run pipeline that transports 540,000 gallons of fuel each day. Its position beneath the Straits of Mackinac has raised concerns for some about the risk of an oil spill in the Great Lakes. Nessel has advocated for its shutdown since her 2018 attorney general campaign, and she filed a lawsuit for that purpose in 2019; it is still pending.

The pipeline’s future remains unknown. In November, Nessel’s office filed an additional lawsuit on behalf of Gov. Gretchen Whitmer and the Michigan Department of Natural Resources, which supported Whitmer’s executive action that revoked Enbridge’s easement and ordered the company to cease operating Line 5 by May 12. The deadline has passed and Enbridge has refused to close the pipeline, claiming the governor doesn’t have the authority to shut it down. (Instead, that authority lies with the U.S. Department of Transportation.) Enbridge and the state of Michigan are currently engaging in court-ordered mediation.

Shutting down Line 5 has significant ramifications for Michigan’s energy market and economy. Considering the costs of closing Line 5, Nessel should consider whether the proposed benefits justify the costs to Michigan consumers.

Advocates say that the pipeline is old, damaged by anchor strikes and at risk of rupturing, causing an oil spill in the Straits of Mackinac. Nobody wants that kind of disaster. The Great Lakes are a precious natural feature, as well as vital to Michigan’s economy, so protecting them is a high priority.

Enbridge regularly inspects Line 5, following various regulations, and monitors it 24/7. Additionally, Enbridge has put communication and warning systems in place to prevent anchor strikes, and a report by the province of Alberta confirmed that the new measures will significantly reduce that risk. The line has also passed pressure tests at 1,700 psi – almost three times its maximum operating pressure, which is 600 psi. Because these precautions minimize the risk of a Line 5 rupture, the benefits of removing that risk altogether should be carefully weighed against the costs of decommissioning the pipeline.

A Line 5 shutdown would raise energy costs. Propane prices could rise by 10 to 14 cents per gallon, which is a 5-7% increase from residential propane prices in Michigan last March. If households in the Upper Peninsula opt to switch to electric heat, it could cost them over $25,000 initially and an additional $3,400 to $3,900 every year. And the regional economic impact would be devastating: Michigan alone could lose over $3 billion in economic activity, $1 billion in gross state product, and $58.6 million in state tax revenue, according to a report by the Consumer Energy Alliance.

This report also notes that closing Line 5 could cost 6,692 Michiganders their jobs. From refinery workers to engineers to maintenance staff, everyone whose work relies on the pipeline would be forced to seek employment elsewhere. Union leaders say shutting down Line 5 would immediately cost 1,200 union jobs, and members of Steelworkers International and Local 912 have protested on the lawn of the state Capitol.

Beyond bringing higher prices and lost jobs, decommissioning Line 5 also endangers Michigan’s energy supply. Line 5 supplies 65% of the Upper Peninsula’s propane needs, and 55% of the state’s. Without it, thousands of Michiganders could be left without the fuel they need to heat their homes. A recent example of the consequences of losing a major pipeline comes from the cyberattack that shut down the Colonial Pipeline in May. Though the pipeline was only offline for five days, 17 states declared a state of emergency due to fuel shortages.

Even if transporting oil over land could replace the volume of fuel that flows through Line 5, trucks and railcars are far more costly and less efficient than pipelines. Transporting the vast quantities of fuel that go through Line 5 every day would require 2,150 trucks travelling 600 miles on Michigan roads each day, which would cost $696,600 per day and $254 million per year. These trucks would also emit 1.5 million tons of carbon dioxide every year. And since trucks have a far higher incident rate than pipelines, more trucks likely means more accidents.

Decommissioning Line 5 would impose heavy costs while eliminating a minimal risk. Moreover, Enbridge has presented a better option: the Great Lakes Tunnel Project. The project involves building a cement-lined tunnel 100 feet below the Straits of Mackinac to house a replacement segment of pipeline, which Enbridge would pay for. This tunnel would guard against an oil spill while allowing Line 5 to continue fueling the Great Lakes region. Even so, Nessel has sought to obstruct this project. These efforts run contrary to her stated goal of minimizing price increases in energy.

Despite Nessel’s objections, Michigan’s environmental agency has issued permits for Enbridge to build the tunnel. The federal government has ordered Enbridge to complete an environmental impact study of the Great Lakes Tunnel Project before beginning construction. Until Enbridge completes the tunnel, Line 5 should remain open. With the welfare of thousands of Michiganders at stake, the proposed benefits of shutting down Line 5 don’t justify the costs.