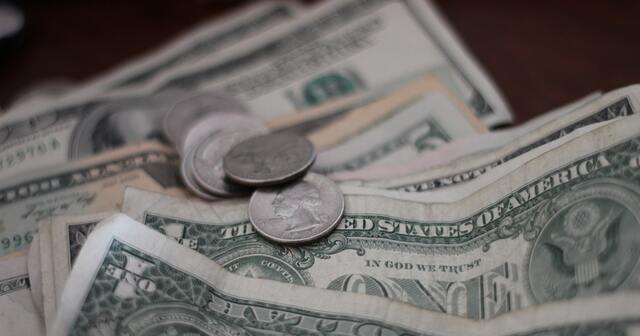 Money and Justice in West Michigan

Big changes are underway in Ottawa County’s criminal justice system. The county is poised to approve a pilot program that will test a new fee structure for jail inmates, and it is also about to launch a public defender office.

Like many counties in Michigan, Ottawa County bills inmates for their jail stays. State law limits these fees to $60 per night. The county charges inmates $25 per night, so inmates serving 90 days end up with a $2,250 bill from the jail – on top of whatever restitution, fines, and administrative fees they may have incurred in court. And like many counties with an inmate housing fee, Ottawa County collects only a tiny fraction of what it charges. In 2017, it billed inmates over $3 million but collected only about $100,000. Offenders are frequently indigent, meaning that attempting to collect revenue from inmates is rarely successful, and many leave jail facing the daunting challenge of paying off thousands of dollars in debt to the county.

The county will test a new fee structure, changing the amount it bills inmates from a daily rate to a flat $60 fee, which it projects will help the jail recover an additional $20,000 per year. But the inmates stand to gain even more. These individuals will be much more likely to get their lives back on track when they leave jail without extra fees that they can rarely afford.

To comply with new mandates from the Michigan Indigent Defense Commission, the county will also apply $1.9 million in state funding to help create a public defender office. The commission has said that each county must submit a plan to it for providing an attorney to poor defendants. The Michigan Indigent Defense Commission Act gives the commission authority to implement standards with which counties must comply; when they submit compliance plans, the state reimburses them for the expenses they anticipate. Until recently, Ottawa County judges worked with a roster of private attorneys, assigning them to indigent defendants on an as-needed basis, but the county will now hire attorneys to provide these services full-time.

MIDC’s standards are designed to remedy the disparity in outcomes between criminal defendants with and without financial means. Those who can afford their own representation are more likely to have advocacy at every step in the trial, including the crucial first appearance, the arraignment. Many defendants are arraigned via videoconferencing in jail, without a lawyer to help represent their interests. The MIDC’s mandates aim to reduce this disparity and address other challenges that are unique to poor defendants.

A rigorous system of public defense is good for the public, too. Like the other branches of government, the court system relies on a system of checks and balances – namely, the defense and prosecution – to advance the interests of both the individual and the public. The prosecutor is one of the most, if not the most, influential actor in a criminal trial, with virtually unfettered authority to decide what charges to bring and whether to bring them, setting the entire stage for every trial. Also, the prosecutor can negotiate a plea with the defendant and advise the judge on the sentence, all the while never lacking the needed resources. But many criminal defendants cannot afford private representation, meaning that they’ll have to rely on a court-appointed lawyer – a public defender – to make their case. And, just as the public is entitled to a well-funded and competent attorney to protect its interests by prosecuting alleged offenders, individual citizens are equally entitled to a rigorous defense against the power of the government. MIDC member and 55th District Chief Judge Thomas Boyd maintains that an improved public defense means that basic constitutional guarantees are respected. “Michigan’s systems fail on a number of criteria to meet that which is required by the US Constitution,” he said. “[Implementing new standards] isn’t to say we’re trading a Chevy for a Cadillac. It’s to say that we’re going to make sure that this vehicle has four wheels.”

There are over 3,000 crimes on the books and more being added every year, so any one of us could become the subject of prosecution. If we happen to be in the majority of Americans who couldn’t afford even $500 in an emergency, we would have to depend on public resources and court rules to ensure that we were effectively represented. Thus it’s in most peoples’ personal interest to ensure that the criminal justice system operates under a policy of fully equipping both sides of the aisle in a criminal case.

Moreover, the majority of criminal defendants are indigent. This means that the defense attorney facing off against most prosecutors in most courts is a public defender. If that attorney lacks the resources to provide effective counsel, it could result in over-punitive outcomes in case after case, potentially overburdening jails, prisons, and budgets, while disrupting the lives of offenders and their communities. So it is in the public’s interest to ensure that the scales are balanced in our courts.

There’s a statewide trend toward reexamining the way that state and local governments can make criminal justice more effective, efficient and equitable. The work that Ottawa County is doing represents a commitment to the sound administration of a core function of government. With these two programs, the county will have a significant impact on the legal outcomes and financial health of its criminal defendants and the safety of its larger community.