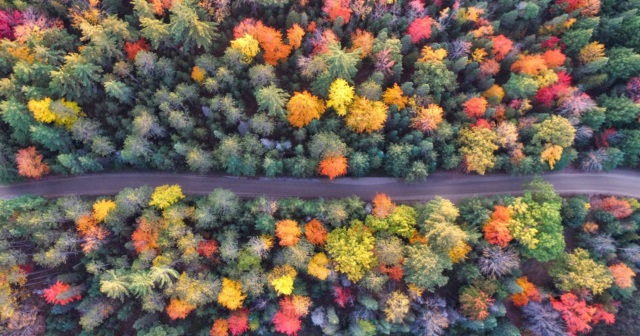 Even more reasons to be optimistic about our future

At the end of our previous post, we had just reached the halfway point of 50 reasons for optimism about the well-being of our environment and the many ways humanity is working to improve it. More and more, it is becoming clear that human ingenuity and innovation is the primary reason we can enjoy cleaner air and water, growing wildlife populations, more abundant and nutritious food, more trees, and a host of other good environmental news.

It is promising and uplifting to take a break from the harsher news of 2020 to consider some of the things people have done right. We’ve already discussed 25 diverse reasons for optimism in humanity’s future and its impact on the world.

There are many more ways we can improve the quality of our life and the environment. Let’s take a look at the next 10 examples.

26. Researchers at the University of Maryland teamed up with African colleagues to genetically modify a species of fungus that naturally infects the Anopheles mosquito. The modifications cause the fungus to produce a toxic venom once it is ingested by the mosquitos. In testing, researchers built a small, artificial village and enclosed it with mosquito netting. They added 1,500 mosquitos to a portion of the study area that contained the fungus. Within 45 days, only 13 mosquitos remained; 99% had succumbed to the fungus.

27.  “Lazarus species” — more than 20 separate species that were thought to be extinct have been (re)discovered, many in remote locations or deep beneath the ocean surface. One of these species is the small elephant of the Indonesian island of Java. This species survived because of the elephant trade in Asia decades ago; the tiny elephants were considered valuable by traders, so they were captured and bred in captivity before poachers could reach them.

28. The Thames river and its tributaries in the United Kingdom appear to be showing a remarkable improvement in biodiversity and wildlife numbers, despite London becoming increasingly urban and populated. The U.K.’s Center for Ecology & Hydrology found that the river is “starting to reach levels one might expect to find in a river without any wastewater.” Modern sewage treatment systems, mixed with other technological improvements and restrictions on dumping pollutants, have allowed the river to revive. Considered biologically dead in 1957, the river system has regained 125 different species of fish, as well as many other plant and wildlife species. Recreational and commercial fisheries have returned.

29. Even the progressive activists at the Center for Biological Diversity recognize that endangered species are doing much better in the United States than in earlier years. Their 2012 paper, “On Time, On Target” says that 90% of the species protected under the Endangered Species Act have been recovering at rates proposed in federal recovery plans. The center says that habitat preservation and captive-breeding programs have helped to increase the populations of sensitive species like the peregrine falcon, wood bison, and sea otter, among others. Populations of several species, like the black-footed ferret or the El Segundo blue butterfly, have increased by several thousand percent. Of the bird populations covered by the Endangered Species Act, 85% have increased or stabilized.

30. The U.N.’s Millennium Goal #1 for 2015, announced in 2000, was to reduce by half the proportion of people who suffer from hunger. But the world actually met that target five years early! The New York Times and the U.N. annual hunger report both note that from 1990 to 2015, the number of people who lived in a state of hunger dropped by more than 200 million — from 991 million to 780 million.

31. Using science to improve food production has helped reduce to hunger. One recent example comes from the Realizing Increased Photosynthetic Efficiency research project, in which researchers are taking the higher photosynthetic capacity of algae and inserting it into crop plants. Doing this allows these plants to convert CO2 into sugar more efficiently and to better transform light energy into chemical energy. Together, these improvements could increase the productivity of plants by between 50-60%, while helping them use water more efficiently.

34. U.N. numbers also show that malaria-caused mortality dropped by 58% from 2000 to 2015, due to rapidly expanding interventions and better treatments. That translates to saving over 6.2 million people from a malaria-induced death since 2000. On that same theme, improved tuberculosis prevention, diagnosis, and treatment have saved about 37 million lives from 2000 to 2013.

35. Tree planting — or afforestation — and the natural expansion of forests have decreased the global rate of deforestation. The net loss of forests around the world has been reduced from an annual average of 8.3 million hectares in the 1990s to 5.2 million hectares between 2000 and 2010. Additionally, many developed nations are actually adding to their forested lands. For example, World Bank figures indicate that the United States increased its forested area by almost 20 million acres from 1990 to 2016, moving from 747,370,226 to 766,940,972 acres.

This leaves us with only 15 more reasons to go to wrap up our list of 50 reasons why humans are making progress in environmental and human health. Be sure to check out our first three 50th Anniversary of Earth Day posts: reasons 1 - 5, reasons 6-15, and reasons 16-26. Check back soon for points 36 through 50.