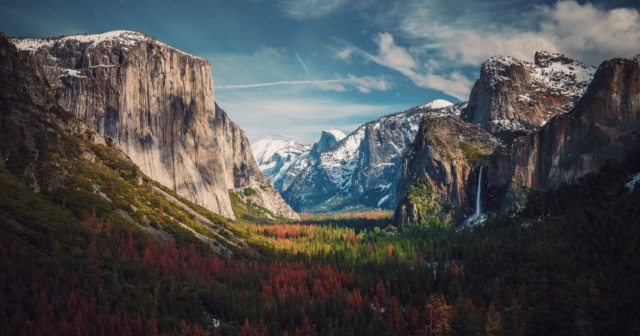 It’s April once more, which means that spring is struggling its way past the occasional morning freeze, trees are budding out, and the snow has pretty much gone. April also means that Earth Day arrives again, and this time it marks 50 years since it was first held on April 22, 1970. Throughout its relatively brief history, the holiday has had a consistent, urgent theme that is still echoed on the official Earth Day website: “Earth Day was a unified response to an environment in crisis — oil spills, smog, rivers so polluted they literally caught fire.”

The website goes on to claim that the celebration is credited with establishing the early environmental movement. That assertion may be more marketing than reality; the environmental movement hearkens back to earlier conservationists who sounded alarms long before April 22, 1970. Aldo Leopold, for example, wrote his seminal work, “A Sand County Almanac: And Sketches Here and There,” in 1949.

But the specific details of the movement’s history are less important than the fact that those early conservationists had an important point. Right up to our recent past, we did not strive to understand how our actions affected our natural environment. As a result, our actions strained natural ecosystems — the Cuyahoga River did actually catch fire in 1969 — and people were right to begin looking for better ways to use and manage natural resources.

There are still active discussions about the proper policies we should employ to meet our environmental goals. But, today, very few (if any) people believe that we can pollute with impunity or would deny that we rely on our natural environment. So it is worthwhile to consider how meeting our needs in a more clean and efficient manner has markedly reduced our impacts on our environment and improved it.

To help with those considerations, we’re putting together a series of posts that list 50 ways markets and technology have helped reduce our impact, feed more of the planet’s population, and actively reverse past harms humans have caused to our environment.

1. Many people in developing nations rely on rice as their primary food source. But a typical rice grain does not provide them with beta carotene, a healthful red-orange pigment found in many fruits and vegetables like carrots, and a material that our bodies naturally convert to Vitamin A. Some people who lack sufficient Vitamin A, especially small children and pregnant women, struggle with depressed immune response and blindness as a result. But through a gene-modifying technology, food scientists have developed crops like Golden Rice and Golden Promise barley. In rice, this technology effectively “turns on” two genes that naturally occur, allowing the rice grain to produce enough beta carotene to supply people with the Vitamin A they need. The presence of beta carotene also turns the rice grain a gold color – thus the name. The result: Millions of lives across the planet have been saved or improved. Sadly, however, this technology has encountered fierce opposition by anti-GMO activists and groups like Greenpeace.

2. Mosquitos that have been “bred [in a lab] to carry Wolbachia,” a bacteria that is common in insects but harmless to humans, are helping to reduce the spread of dengue fever in tropical nations. Researchers have not pinpointed the cause, but they do know the bacteria keeps the disease from being transmitted when these insects bite. So the mosquitos may still be annoying, but their bite is not necessarily life-threatening anymore. As a side benefit, researchers report that the bacteria may also help reduce the number of mosquito eggs that hatch. One study of an Indonesian community reported a 76% decrease in the spread of dengue there since the 2016 release of Wolbachia-carrying mosquitoes in 2016.

3. New computing and mapping technologies are helping firefighters in their battle to reduce the costs and impacts of wildfires. Where it used to take a day or more to prepare maps, today, we can fly over a fire and have a detailed map in a few minutes. Supercomputers are also now able to combine meteorological, topographic and other data to predict the likelihood of a wildfire.

4. Building on the same theme, the amount of land affected by wildfire has gone down 25% since 2003. Improved mapping and satellite technology, along with far greater societal wealth, has given forest managers the ability to spot, target and extinguish fires before they can burn out of control. This is especially helpful in remote and thinly populated northern forests.

5. Since 1952, free-market innovations and improved efficiencies have decreased the price of air-conditioning by 97% for the average family. Many other household appliances that also help to reduce costs, reduce risks, and improve human well-being and comfort have experienced similar price declines over the same periods. According to the website HumanProgress.org, Walmart sells a 6,000 BTU air-conditioning unit (with a remote control) for $178. Today an average blue-collar worker earns about $32 an hour. That person, then, would have to work 5.56 hours to afford this appliance. In 1952, a 5,500 BTU cost about $350 and the average blue-collar worker, earning $1.72 an hour, would have had to work 203 hours to pay for a less efficient A/C unit. Workers today can enjoy a far better quality of life as they work fewer hours to afford what would have been luxury items a few decades ago. And the appliances they can purchase use far less energy today to do the same job. For example, the SEER rating (or seasonal energy efficiency ratio) of an air conditioner measures the amount of electricity that it uses to produce a given amount of cooling, expressed as a ratio. The higher the rating, the more efficient the system. The Environmental and Energy Study Institute reports that minimum SEER ratings for home A/C units were between 8 and 10 in the late 1980s. In 2015, the average system had a minimum SEER rating of 14, and some more expensive systems can be as high as 23.

We’re just getting started. Future posts will further highlight how markets and technology have improved our lives and reduced our environmental impacts.