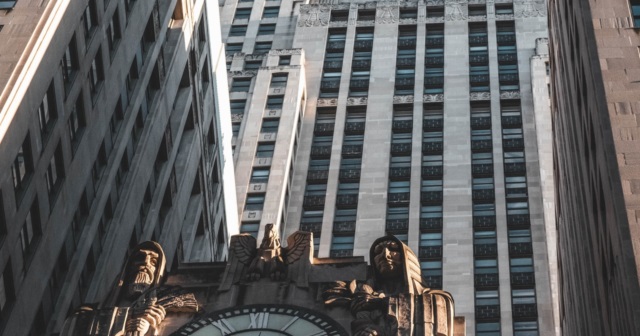 The state offers taxpayers’ money to select businesses in an attempt to create jobs. It’s an ineffective way to generate broad economic growth, and it’s unfair to the business that don’t get special favors. Thankfully, lawmakers are spending much less than they used to, though it’s still part of the state budget. They’ve approved $79.8 million worth of additional business subsidies for the current fiscal year.

This is up from the previous year when lawmakers put $59.2 million of new business subsidies in the budget. There is a reason for the relatively low spending last year. The disagreements between the Legislature and the governor about priorities resulted in vetoes to a number of items, including the state’s taxpayer-paid advertising campaign, Pure Michigan.

Legislators may have a newfound skepticism about the programs, or their importance to them is less than it used to be. Or it could be that legislators and the governor have a harder time agreeing on them, and perhaps the COVID-19 pandemic has made it even harder to get agreement to spend more on business subsidies. There are bills that have been introduced that call for more business subsidies, however, so perhaps more may be approved. 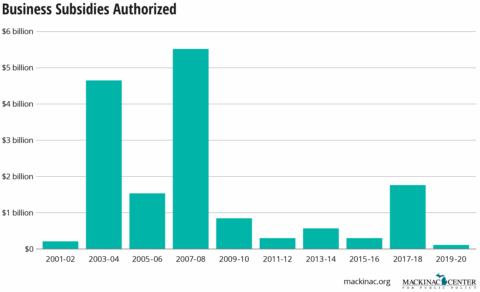 The $79.8 million authorized in the current budget will not count as corporate welfare spending on our business subsidy scorecard. It was part of a budget bill that authorized $43.9 billion in spending, so a legislator’s opinion about the business subsidy portion may have been a small part of their decision about how to vote on the whole package. Final passage of the budget included only four dissenting votes.

Michigan still lacks some basic transparency and accountability measures for its subsidy programs, and legislation has been introduced that would change this. But lawmakers are approving more spending on the programs without it.

Still, it is much less than has been approved in the past.