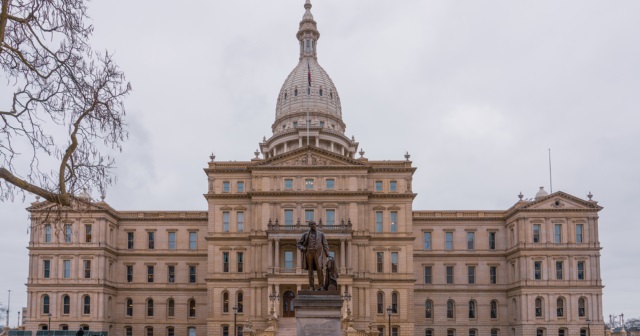 Bills to Improve Transparency and Accountability of Corporate Handouts

MIDLAND, Mich. — Lawmakers recently introduced a bill package that would transform how Michigan operates its economic development programs. The five bipartisan bills introduced on Tuesday would require corporate welfare programs to be more transparent and accountable. The Mackinac Center for Public Policy applauds the steps that this legislation takes.

The state of Michigan is spending more than $700 million on economic development programs this year. Residents deserve to know how their tax dollars are being used, and these bills will help bring the necessary transparency to ensure this.

Three bills grant citizens greater access to information about corporate handouts. One bill requires proposed agreements to be posted online before they are approved by the Michigan Strategic Fund. Another bill would remove the restriction on disclosing the dollar amounts companies receive under Michigan Economic Growth Authority deals. The last bill would require administrators to post notices when companies fail to meet the terms of their agreements.

The two remaining bills help hold recipients of taxpayer-funded subsidies and state administrators more accountable. One would require administrators to reduce state support in proportion to a reduction in the number of jobs a company promised to create, which means taxpayers pay less when companies deliver fewer jobs than promised. The other bill would mandate that if a company returns money to the state for not meeting the expectations of a deal, the money goes directly into the state’s general fund and will not be restricted to financing more corporate handouts.

“Business subsidy administrators ought to be stewards of taxpayer money rather than cheerleaders for their programs,” said James Hohman, director of fiscal policy at the Mackinac Center. “This package improves transparency and will help people hold them accountable for results.”

The Mackinac Center has recommended ending taxpayer-funded corporate handouts for decades. While these bills do not eliminate these programs, they place some necessary restrictions that will help make these deals more transparent and hold them to a higher level of accountability.

You can view the complete list of bills, including bill numbers, descriptions and sponsors, here.