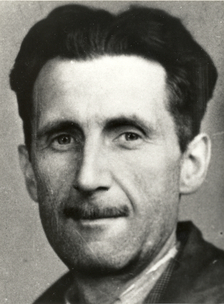 "When I use a word," Humpty Dumpty said, in rather a scornful tone, "it means just what I choose it to mean—neither more nor less."

"The question is," said Alice, "whether you can make words mean so many different things."

"The question is," said Humpty Dumpty, "which is to be master—that's all."

Lewis Carroll, “Through the Looking-Glass”

“If thought corrupts language, language can also corrupt thought. A bad usage can spread by tradition and imitation even among people who should and do know better.”

Our state Legislature is considering even more ways for the people who run government to pick which businesses get free money. These are largely reheated versions of failed programs, dressed up in new language.

The debate over these programs pits decades of history, consistent academic research results and fundamental principles of economics versus the flowery language of “economic development” promises. And just as Orwell warned us, the language is doing an excellent job of obscuring the facts.

To combat this, it’s important to recognize how some carefully chosen words don’t mean what they should:

We have a term for these sorts of terms – doublespeak – thanks to Orwell’s “1984.” But before he introduced us to the power of “doublethink” and “Newspeak” in that novel, he published his essay “Politics and the English Language” that still reads true today. “In our time, political speech and writing are largely the defence of the indefensible,” he wrote. “When there is a gap between one's real and one's declared aims, one turns as it were instinctively to long words and exhausted idioms.”

The way to fight this, he said, is to recognize and avoid the temptation to act like Humpty Dumpty and make our own words mean what we choose them to mean. “Political language — and with variations this is true of all political parties, from Conservatives to Anarchists — is designed to make lies sound truthful … and to give an appearance of solidity to pure wind,” Orwell concluded. “One cannot change this all in a moment, but one can at least change one's own habits.”

For those who oppose efforts by would-be central planners to interfere in the market and pick winners and losers through the political process, remember Orwell’s warning: “A bad usage can spread by tradition and imitation even among people who should and do know better.”

We do know better. But until we regain control of the language being used, simply being right isn’t going to be enough.