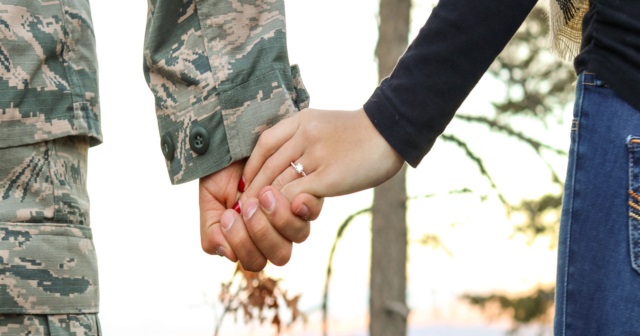 Occupational licensing a needless barrier to jobs for too many

In addition to being married to someone who must be transient, military spouses face major employment challenges. More than one-third work in fields that require a state-mandated license, many of which do not transfer across state lines.

Too few states recognize licenses earned in other states or countries, known as reciprocity. This makes it difficult for military spouses licensed in one state to find work in another, helping drive their 24% unemployment rate. That’s more than three times the rate of the general public.

That’s a challenge for someone like my younger sister, whose husband is in the Army. She got her teaching degree and license in Pennsylvania before moving to Tennessee, then Washington and soon to Kansas. Though she’s been fortunate to find work as an elementary teacher, her degree only matters if each state her husband is moved to recognizes her license from Pennsylvania.

States should either join compacts with others to reciprocate licenses or simply declare that they will accept licenses earned in other states. Michigan is poised to progress along these lines by making all licenses for military families valid, no matter where they were earned. Military spouses would be relieved of having to jump through Michigan’s licensing hurdles, saving them fees and time.

Michigan is already in compacts with different states. It also accepts some licenses from other states, if their requirements are similar to Michigan’s. But officials here are now set to take a huge step when it comes to military spouses. Gov. Gretchen Whitmer and a bipartisan group of lawmakers have announced a bill package that would make it much easier for servicemembers, veterans and their family members to transfer their licenses to Michigan.

Bills sponsored by Rep. Andrea Schroeder, R-Independence Township, Rep. Sarah Anthony, D-Lansing, Sen. John Bizon, R-Battle Creek and Sen. Adam Hollier, an army reservist and Democrat from Detroit, are sponsoring the key bills. The bills would allow the licenses held by all current and former military members and their spouses and dependents to transfer to Michigan, provided they are active and the licensees have no pending disciplinary action and “demonstrate competency in their profession through education, training and/or work experience.” This seems to apply when the licensing rules in other states are somewhat similar to Michigan’s or the person is or has been employed in the licensed occupation.

Other current laws allow for many licensing and registration fees to be waived for military families. The bills will further expand that.

These are good steps, and they are in line with what the federal government has been pushing states to do. Because military members move so frequently, this legislation makes a lot of sense. But licensing rules affect many other people also, who are often unnecessarily restricted as they move and try to find jobs. It’s good to start with military families, but the state should expand opportunities for all licensed workers through reciprocity.

In fact, other states have gone further. In Utah, Texas and Ohio, the reciprocity rules for everyone are much broader. Arizona and Florida go even further, fully recognizing virtually all licenses, certification and work experience earned in other states. In other words, if you want to go to those states, you don’t have to worry about jumping through a bunch of hoops to work in a licensed area. Michigan should follow a similar path for all workers.