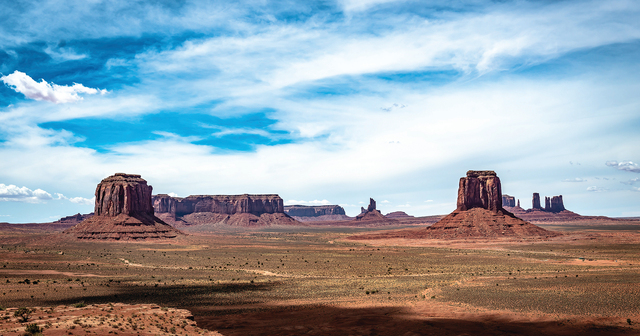 Arizona recognizes occupational licenses issued by other states. Michgan should do the same.
Publications / Viewpoints

Let Them Work: Michigan Should Reciprocate All Occupational Licenses

My younger sister got married to a member of the military a few years ago, and shortly after the wedding, they had to prepare to move across the country when he got stationed elsewhere. Besides packing up boxes and figuring out where to live, she had another issue to worry about — whether she’d be eligible to work or be forced to head back to school and pay for more classes.

My sister is a public school teacher and not all states allow teaching licenses to transfer across state lines. So, even though she’d been teaching for a few years and a school district wanted to hire her, and she could legally teach at a private school, she still had to make sure she met the state requirements to be a public school teacher. Lucky for her, the state of Washington reciprocated with the state where she got her degree, so she avoided having to take costly, time-consuming and redundant classes.

But that’s not the case with many states or for many other types of licenses. Occupational licensing laws require people to pay fees, have certain degrees or certificates and pass exams to legally work. In nearly all states, these requirements apply to doctors, nurses, barbers, lawyers, cosmetologists, dentists and more. But it’s hit or miss for other jobs: Some states license roofers, floor sanders, gutter installers, hair braiders, funeral directors, florists, librarians and more, while others do not.

For people in these occupations, crossing a state line means having to figure out what laws apply and perhaps going back to school for a new license. It does not matter if a person has been working in the field for years or even decades.

These requirements are silly. Employers and consumers are perfectly capable of figuring out what training and skills are needed for people on the job. In most cases, the hoops the state requires workers to jump through add no value.

The state of Arizona, which has long had one of the most onerous regimes for mandatory licenses to work, just became the first state to pass a reciprocity bill for all occupational licenses. This means any worker licensed in any other state can move to Arizona and immediately begin working. This is a major step toward worker freedom, and Michigan should follow suit.

“Arizona’s economy is booming, and the people that are coming out here are just looking for an opportunity to carve their own path,” said Arizona Gov. Doug Ducey. “Too often our government has acted as an adversary, not an ally, for people that want to work. Today, those days are over.”

Michigan has already made some good strides on this issue. The person who is licensed in another state under a system that requires equivalent training hours and exams can apply to easily have that license transfer to Michigan. In some fields, work experience in other states can count toward the hours-of-experience requirement of a Michigan license. And a few years back, lawmakers passed bills temporarily exempting active military members and their spouses from certain licensing requirements, and they waived some of the associated fees, too.

But attempts to allow medical professionals to volunteer in the state — not even work for pay — have gone nowhere. Proposals to enact reciprocity for lawyers, nurses and physical therapists have also been introduced but not moved.

Reciprocity laws are good and would especially help people in counties bordering Ohio, Indiana and Wisconsin. Professionals licensed in those areas could cross state lines to work, and people needing services would have an easier time finding a provider.

But Michigan should go further and follow Arizona’s example by allowing anyone licensed in other states to work here. There’s no evidence to suggest that Michiganders would be worse off or would be subject to harm. The different licensing requirements that apply in different states for the same occupations have not been shown to make any difference in the quality of service delivered or its impact on public health and safety.

It’s consumers and businesses who should decide whom they want to hire. If a cosmetology shop in Michigan wants to hire only people who did their training here, by all means, that’s their prerogative. If a person doesn’t want to use an electrician who worked in Florida for the past decade, nobody should force them to hire that person. But the state shouldn’t prevent willing employers or consumers from hiring willing employees just because they don’t meet the arbitrary standards of a state licensing requirement.