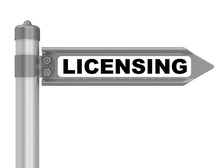 A bill that could serve as a model for states looking to grant their residents economic freedom has been introduced in the U.S. Senate. The “Alternatives to Licensing that Lowers Obstacles to Work,” or ALLOW Act was submitted by Sen. Mike Lee R-Utah and Sen. Ben Sasse, R-Neb.

If passed, the law would allow members of the armed services and their spouses to use their occupational license in any state or military base. This would help many people, including my sister, who recently married a member of the military and is moving from one state to another. As a teacher, my sister is licensed in one state, but sometimes that license doesn’t transfer to other states. Hairdressers, cosmetologists, contractors and many other professionals often cannot transfer their license easily and have to go back, take more classes and pay high fees simply to be able to do what they were already licensed to do.

This bill would also put in “sunrise” and “sunset” provisions for licensing laws (which would ensure that they are regularly reviewed), restrict arbitrary licensing laws in Washington D.C., allow people to legally operate as tour guides in some federal parks without a license and more.

The state of Michigan could pass a similar law on its own. But an even easier bill would allow teeth whiteners to operate legally without needing a dental license. This would ensure the state is complying with the U.S. Constitution.

In many states, including Michigan, teeth whiteners — people who typically set up kiosks to offer whitening services — are restricted from practice unless they are a licensed dentist or operating under one. But a 2015 Supreme Court case changed this: North Carolina State Board of Dental Examiners v. FTC held that “a state occupational licensing board that was primarily composed of persons active in the market it regulates has immunity from antitrust law only when it is actively supervised by the state.”

In other words, a board of dentists is not allowed to pass rules restricting their competition. Michigan’s licensing agency has confirmed that its interpretation of state law would not allow teeth whiteners to operate a business without a dental license. The Institute for Justice, which has been involved in the issue for years, has model legislation for states to comply with the Supreme Court ruling.