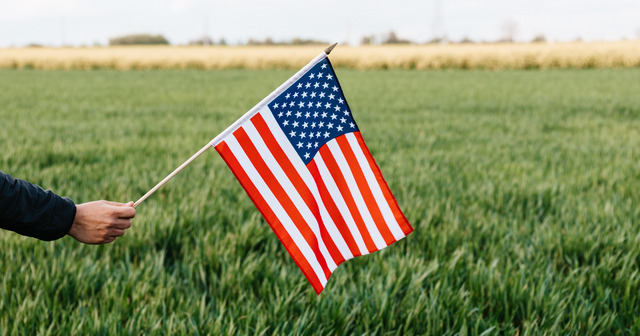 This article originally appeared in The Hill August 22, 2022.

It’s common to hear people refer to states as “red” or “blue,” or even “purple,” based on whether a majority of Republicans or Democrats get elected. It would be a mistake to think that red states are all the same or that blue states all enact the same kinds of policies. States are far more complex than these partisan caricatures suggest, and policies are based as much on what is popular as they are by their political officeholders.

Washington is a blue state, yet it has no income tax. A red state, North Dakota, has the country’s only state government-operated bank. Blue Massachusetts has no local sales taxes. Louisiana, a red state, has the most occupational requirements of any state, while blue Vermont is one of the least restrictive.

These examples would not exist if the partisan makeup of government were the only thing that mattered. But the reasons why any one policy is enacted can get complicated.

Washington prohibits progressive income taxes in its constitution and voters there keep refusing to amend it. Democratic Party officials in the state keep proposing an income tax. Recent efforts even tried to bend the definition of “income tax” in order to get one. But decades of efforts haven’t made the tax palatable to Washington’s voters. They vote for Democrats — and against their progressive tax plans.

On the other side, socialists governed North Dakota in the early 20th century. They started a state-run bank, believing it would be better for farmers. Contemporary Republicans in the state see no reason to close it.

Despite its limitations, the red-state, blue-state method of categorizing states offers a useful shorthand. Clearly, candidates who win elections matter when a state enacts policies. Red states tended to cut taxes this year while blue states tended to write checks to residents and call them rebates.

But too many people take the tendencies too far. When a state switches from red team to blue team, or vice versa, that doesn’t guarantee it will enact a pre-approved and color-coded set of policies. Elections change what is politically possible, but they can’t make popular policies unpopular. Flipping the partisan make-up of a legislature can shift the Overton Window, but it doesn’t make what was impassable possible.

What matters more than who has power is how popular specific policy recommendations are. Politicians who want to stay in power understand that they’ll need to promote popular policies and pass popular laws, and this desire transcends partisan tendencies.

What voters think matters a lot. Charter schools are historically beloved by Republicans and disdained by Democrats. That remains true to some extent. But Democrats are not shutting down charters when their voters like them.

Voter intensity also matters in determining which policies a state has. It explains why there are so many examples of political favors that should be unpopular, but remain in law. Special treatment for special interests should upset and frustrate both teams. Lawmakers in both red states and blue states offer what ought to be unpopular favors — and they will continue to do so until voters get mad enough. Voters may not like state-protected liquor monopolies, for example, but until they get sufficiently angry, politicians won’t end them.

So, elections do matter. The red team wants to capitalize on the blue team’s failures, and vice versa. The winner does affect which policies get enacted. But people should care more about what the government actually does, regardless of which party is in charge.

It’s the popularity of a policy that makes it politically possible, regardless of who wins elections. It’s the reason why states are more complicated than their partisan caricatures suggest. People ought to care a little less about which parties get elected and a little more about the policies they want.