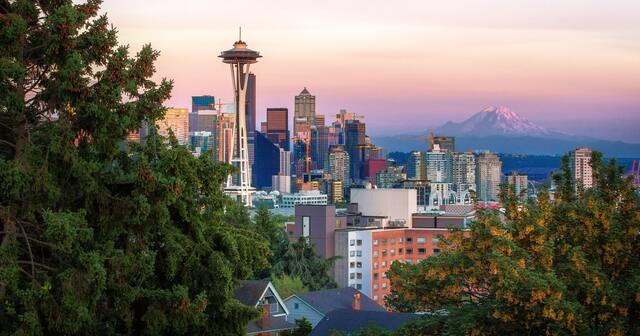 “I am still trying to make sense out of Washington.”

Jason Mercier on why the state of Washington doesn't have an income tax.

Some people believe that government policies in this country are determined exclusively by the rich and powerful. But another group can also have outsized influence: the persuasive. And one person who successfully convinced voters to prevent his state from adopting an income tax described how that came about, and more, on this edition of the Overton Window podcast.

Jason Mercier of the Washington Policy Center described how the state of Washington has remained one of the few states that does not tax its residents’ income. It’s not for a lack of trying by state progressives, who believe that a progressive income tax is the ethically superior way to collect state revenue.

As Mercier points out, the push for the tax doesn’t seem to be about collecting stable revenue for the state treasury. The state’s revenue collections have been growing steadily without it. Instead, supporters seem ideologically motivated to make the state’s taxes progressive.

Mercier and his colleagues, however, have been successful in fighting off attempts to install the tax.

Part of their strategy is to shine a light on the real agenda of those seeking the power to tax the people’s income. The state constitution already allows for a limited income tax, and what state progressives really want is to strike the word “limited.” Their goal is a progressive tax on high earners, and taking a share of the capital gains earned by those who sell investments that have risen in value.

Their latest effort is to relabel that last levy as an “excise tax on capital gains,” not an income tax. But it is an income tax — Internal Revenue Service rules say so, as do state treasurers across the country.

The Washington Policy Center has used its state’s public records laws to obtain documents that clearly establish the real goal of the most recent income tax campaign: overturning judicial precedents that prohibit this tax.

Mercier also highlighted how depending on income and capital gains taxes all but guarantees state budget “crises” whenever a recession harms employment and investment income. Income taxes are more volatile that other sources of revenue, so they would make the state budget more susceptible to economic slowdowns.

Mercier also noted how imposing a tax on people’s income makes the state far less attractive to businesses and residents who may consider moving to a state. The Washington Department of Commerce, on its website, lists its income tax limitation as a strength for the state. Mercier also noted that Gene Simmons of the famous band Kiss recently moved to the state and specifically mentioned its lack of an income tax.

Politicians, Mercier says, appear to be more eager for a new tax than voters, given how past income tax proposals have failed several times at the polls. Mercier says his goal is to foster a climate of popular opinion that remains skeptical of calls for higher income taxes, even if its advocates insist the burden will only fall on a relatively small portion of the population.

Holding off an income tax has required persistence. “Having done this for 20 years, if this doesn’t get enacted this year, I’ll be doing this for another 20 years,” Mercier said.

Persuasion is powerful. In the state of Washington, opponents of an income tax have frustrated politicians and progressives determined to impose higher taxes by keeping that policy goal outside the Overton Window of what is politically possible.