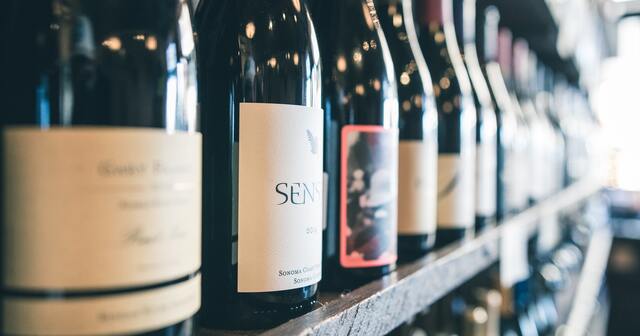 “It Was a Little Bittersweet”

There was corruption. There was mismanagement. And legislators passed a law to fix it. It got vetoed because political power doesn’t always care whether something is corrupt and mismanaged, so long as the right people want it. But one group set the expectation that things needed to change and won an important reform.

Elizabeth Stelle and her colleagues have been pointing out that the state’s liquor control board has had problems for years. It’s the state-owned and operated monopolist of alcohol sales, and it doesn’t do a particularly good job of preventing the harms of alcohol or of getting its products to customers who want to buy them legally.

In 2015, after a series of charges against state liquor officials, lawmakers wanted to change the system. The Commonwealth Foundation proposed the solution: Get the state out of the liquor business. Pennsylvania could move from a control state — where the state, as wholesaler, owns, distributes, and sometimes even retails alcoholic products — to a license state, where the state sets rules and licenses private companies to follow the rules. The majority of states are already license states. Pennsylvania is not.

But the plan to privatize the liquor business ran into a road block: public sector unions. They are a big part of the business in the Keystone State. Lots of union labor is used to operate the state-owned system. “What we saw in liquor was the same that we were seeing in lots of other policy areas: There was a public sector union that was the only obstacle between the liquor system that we had and good liquor policy going forward,” Stelle observed.

Still, legislators had the votes to pass a law to privatize the system. The governor vetoed it. Why? “The unions,” Stelle says flatly. “That’s the reason why something that regularly polls 60%-70% of people across party lines that want privatization, the reason they don’t get it is because of this one entrenched interest.”

But the Commonwealth Foundation had laid the groundwork to win some reforms by building up support. Stelle and her colleagues bought billboards. They spent money on digital marketing. They wrote op-eds and had them published around the state. “And we were strategic about it. We looked at where there were fence-sitters. Where were there people who needed to be persuaded? Where were the strongholds for the unions? And then we targeted our ammunition to those areas to make sure that, if you were a person living in that community, you couldn’t turn around without hearing about liquor privatization.”

Stelle and her organization also did polling and found that there was overwhelming support for reform. So, when the governor vetoed the privatization bill, legislators felt like they weren’t going to leave this battle empty-handed. “While the whole kit and caboodle had been shut down, they gave us lots of room to come back to the negotiation table with something a little more modest.”

The reformers prevailed. People can now buy beer and wine in grocery stores, which had been prohibited in the state. Stores can put their products on discount sales. And the new law gave other licensed sellers, such as restaurants and distributors, other ways to legally offer their products.

“It was a little bittersweet because we thought we could get the whole thing done. Nevertheless, we were really excited to see the first transformative change to the control of alcohol in Pennsylvania in about 75 years.”

Licensed alcohol distribution is well within the Overton Window, considering that other states do it. But the policymakers in Pennsylvania had been stultified, even in the face of corruption within the system they managed. It took further encouragement from the Commonwealth Foundation and others to break the logjam preventing change to this system.

Advocates for further reform hope that continued work will get them closer to privatization. Stelle recommends checking out the Commonwealth Foundation’s list of the top 10 boondoggles of Pennsylvania’s liquor control administrators.