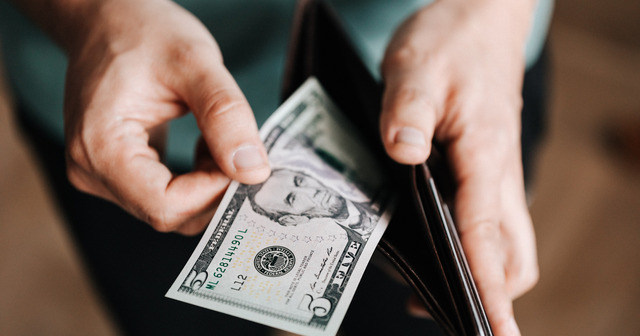 As a legislator, she supported $4.5 billion in special favors for businesses

Editor’s Note: This is an updated version of a blog that was first published one year ago today.

Gov. Gretchen Whitmer announced a $5.6 billion pandemic recovery plan for Michigan 12 months ago, and she included in her proposal a call for more corporate handouts. Chief among her ideas is renewing the so-called Good Jobs for Michigan program. Legislation to do just that — but under a new name — is up before a state House committee in Lansing at 9 a.m. Tuesday.

That the governor said she wants to expand corporate handout programs should not be a surprise given her legislative history. What would be a surprise is if these handouts worked this time around. Research shows that they are not effective and come at great taxpayer expense. Lawmakers should reject her call to renew GJFM along with other corporate and industrial welfare programs. Under new legislation the program would be called “Michigan Employment Opportunity Program.”

The Mackinac Center has tracked the corporate-welfare votes of more than 500 lawmakers back to 2001 and ranked each based on the cumulative dollar value of subsidies authorized by each vote. During her tenure in the state House and Senate as a lawmaker, Gov. Whitmer voted to authorize more than $4.5 billion in corporate handouts, or 98.1% of the business subsidy programs that came before her. That makes her the 13th highest among all lawmakers in our 2018 scorecard.

If MEOP is adopted, the subsidies would be added to the scorecards of every lawmaker in the Legislature today. 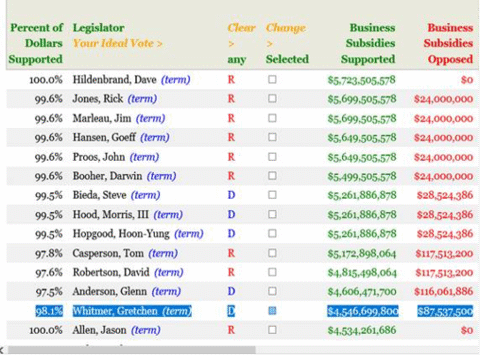 Once she became a candidate for governor, the former legislator publicly promised to “unleash the MEDC,” a reference to the agency responsible for administering the state’s business subsidies. Her call to renew the old GJFM subsidy program is another example of trying to make good on that pledge.

We found that the 21st Century Jobs Fund programs did create jobs but at a cost of between $275,000 and $331,000 in offered incentives per job per year. Similarly, we found that MEGA cost $125,000 per job per year. That is a terribly expensive way of adding jobs to some payrolls. Indeed, the governor could create jobs by growing bananas in the Upper Peninsula with enough government subsidies, but like the handout programs she supports, it wouldn’t be an effective use of scarce resources.

The Good Jobs for Michigan Program is a case in point. It was originally sold as a way to land big, often multinational, corporations or expansion projects for Michigan. These deals sound impressive in headlines, but they account for a miniscule fraction of actual job creation in the state. Landing them won’t affect job growth in Michigan even if they were worth the cost.

Between 1990 and 2015, less than 1% of net new jobs in Michigan came from businesses moving into Michigan. Only a tiny fraction of those were subsidized. Perhaps worse, lawmakers ought not assume that they need to shell out subsidies in order to land these companies. Extra state money matters in as little as 2% of all deals where the subsidies were a decisive factor in a firm’s decision to relocate, expand or maintain a presence in a state.

For her part, Gov. Whitmer had insinuated that GJFM should be reborn because the first grant approved through the program went to Pfizer in 2018. Now the company is making COVID-19 vaccines here, ergo, the program is successful. But even though the letter B follows A in the alphabet, that does not mean A caused B to happen.

The Pfizer grant, followed by a pandemic and large purchase of vaccines by the federal government, seems more like coincidence than a state subsidy success story. In fact, the GJFM-approved project — which will reportedly make pain medication, not vaccines — only broke ground in March of 2021 and isn’t expected to be operational until 2025.

Targeted corporate handouts are an ineffective and expensive way to create jobs. The call to renew Good Jobs for Michigan should be ignored for the good of the economy and taxpayers too.