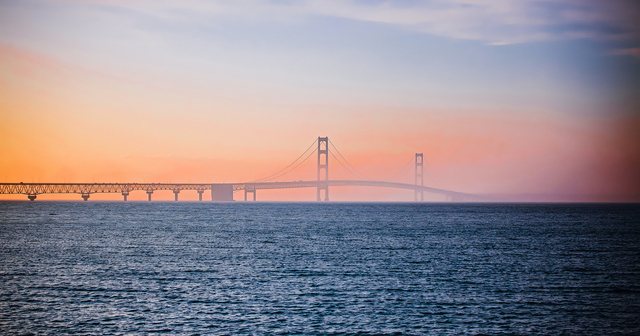 Whitmer Administration Retreats and Rages When Challenged on Policies

On Dec. 15, Enbridge Energy requested to have a 2019 lawsuit, brought by the state of Michigan against the company’s Line 5 pipeline, moved from state courts to the federal court that is presiding over another Line 5 case. Upon hearing of the company’s request to combine the cases before the same federal judge, Michigan Attorney General Dana Nessel fumed that the company’s move was an “outrageous maneuver.” She characterized the request as a “flagrant attempt to undermine” a federal rule that typically limits this type of request to within 30 days of a case’s initial filing. The energy company argues that a recent judicial ruling effectively reset the 30-day provision.

The attorney general’s response evidences a divisive pattern of behavior demonstrated by the Whitmer administration. Bold, tough talk is followed up by arbitrary pronouncements that disregard the interests, rights, or concerns of dissenting parties. When those arbitrary pronouncements are inevitably challenged in court, the Whitmer administration publicly blusters or deflects, impugns the character and intentions of dissenters, and then attempts to achieve its objective via some legal or regulatory trick.

This was the governor’s pattern during the early days of the coronavirus pandemic. Last year, without seeking legislative approval, the governor repeatedly extended her declared state of emergency, prolonging statewide lockdowns well beyond their legal limits. In response, the Mackinac Center Legal Foundation pushed back, and the Michigan Supreme Court unanimously ruled her actions were illegal and that her COVID-related “executive orders issued after April 30 [were] null and void.”

The governor’s office publicly disparaged the ruling as being “handed down by a narrow majority of Republican justices.” It then worked to get around the ruling and impose many of the same lockdown restrictions through state regulations. That action prompted citizens to pass the Unlock Michigan ballot initiative, which was successful in repealing the Emergency Powers of Governor Act of 1945.

In energy policy, the Line 5 issue stands out as the quintessential example of Whitmer’s go-it-alone tendencies. The governor and her administration have carried out a multiyear campaign against the pipeline, which moves essential transportation and heating fuels from Canadian producers to refineries in Detroit, Toledo, and the Canadian provinces of Ontario and Quebec.

There is broad, bipartisan and international support for keeping the pipeline operating and for protecting the Great Lakes by rapidly moving it out of the water and into a cement-lined tunnel, 100 feet below the bed of the lakes. But in November 2020, the Whitmer administration unilaterally revoked the state’s easement (or contract between Enbridge and Michigan) that allows the company to operate the pipeline in its current location. Whitmer’s order mandated complete closure of the pipeline by May 2021. Attorney General Nessel supported the governor’s order with a second case in state courts, seeking to close the pipeline. Enbridge countered by filing suit in federal court, asking the judge to recognize the case as a matter of federal jurisdiction.

Since then, Enbridge and Michigan have gone through a court-ordered mediation process, which the state abandoned, claiming mediation efforts were unproductive. Immediately after the mediation talks failed, U.S. District Court Judge Janet Neff ruled that the case “calls for the exercise of ‘substantial-federal-question jurisdiction’ over the issues that the state's case covers.”

Neff’s ruling denied the Whitmer administration’s request to return the litigation to Ingham County Circuit Court. In response, the governor and attorney general backed out of their federal litigation and retreated to state courts, claiming they planned to refocus their efforts on their 2019 case. Michigan courts, they said, “should have the final say.”

Enbridge argued that its Dec. 15 request to move the 2019 state court case to the federal court arose as a result of Neff’s ruling. The company argued the ruling presented "solid and unambiguous information” in the litigation, which justified a removal request. Enbridge representatives also argued moving the case "will allow a single judge to rule on the closely related issues in these two cases.”

Unsurprisingly, the governor’s response ignored ongoing and widespread support for Enbridge continuing to operate the pipeline and build the tunnel. Her administration once again massaged news of dissent into a simplistic attack: “Our residents deserve more than a company who seeks to profit from our natural resources while at the same time attempting to evade legal review of their actions by our state’s courts.”

But dropping the state’s federal case and then misrepresenting a complex energy policy and legal issue looks more like a desperate attempt to downplay Whitmer’s embarrassing losses in federal court than an attempt at sound policy.

If she were serious about zeroing-out the potential risks presented by Line 5, the governor would work with the Legislature, as well as state and federal regulators, to speed the permitting processes required before construction on the tunnel starts. Instead, her ongoing attempts to prolong and revive various legal strategies have done little more than create incendiary headlines and ensure the pipeline remains right where it is.