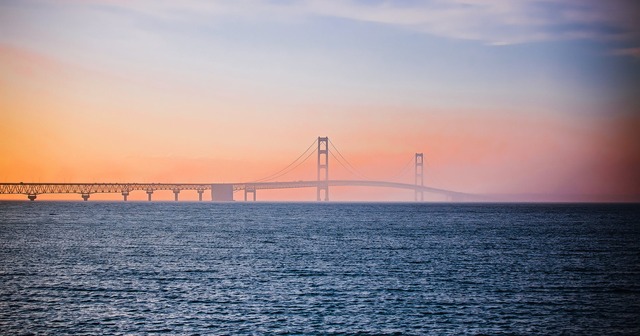 Governor’s unreasonable stance on pipeline a risk to effective mediation

As the ongoing conflict over the future of Line 5 enters its latest phase, it is likely that the pipeline will need to continue to operate beyond Gov. Gretchen Whitmer’s rapidly approaching May 12 closure deadline. That’s because it’s highly unlikely that the ongoing court battles over the fate of the pipeline will be decided until we are well into or past the summer. Therefore, the governor’s still legally questionable attempts to mandate the pipeline’s closure should be paused to help ensure recently begun mediation efforts can be successful.

Michigan and Enbridge, the company that owns and operates the Line 5 pipeline, entered into a mediation process on April 16. One of the key questions mediators will need to answer is one of jurisdiction. That is, will Enbridge have to follow state orders or will they be allowed to operate under federal direction. Enbridge welcomed mediator and retired U.S. District Judge Gerald Rosen’s presence in the discussion as a “positive step.” Michigan Attorney General Dana Nessel, however, appeared indifferent, simply accepting mediation efforts as “common practice.”

Gov. Whitmer has ordered the pipeline closed by May 12. Enbridge argues that the continued operation of the pipeline, in its current form, is a matter of federal jurisdiction. Enbridge CEO Al Monaco has tried to support their case by noting that the new tunnel is in line with the infrastructure focus in President Biden’s American Rescue Plan. An October 2020 ruling by Administrative Law Judge Dennis Mack that an accounting for climate impacts is outside of the Michigan Public Service Commission’s jurisdiction touched on a similar theme.

However, the commission’s April 21 ruling that the four-mile segment being considered for replacement “must include an examination of the allegations of greenhouse gas pollution” contradicted Mack’s ruling. In his comments, MPSC chair Dan Scripps argued that “the Commission … must consider as part of its MEPA analysis the products flowing through the proposed pipeline or pipeline segment.”[1]

With the complex and ongoing disagreements over jurisdiction continuing, Michigan residents can hope that Judge Rosen will be able to inject a voice of reason into the discussion. That is because, despite the MPSCs ruling and the A.G.’s continued opposition to Line 5, a growing list of elected officials, government agencies and appointees, as well as business and labor representatives, is publicly denouncing the governor’s mandates as divisive and damaging.

This group is raising many of the same concerns as my co-author and I do in our report, "Assessing the Costs of the U.P. Energy Task Force Committee Recommendations.” Notably, the impacts of self-imposed disruptions to propane supplies for over 330,000 Michigan households that will raise the price of propane in Michigan by between $0.10 and $0.35 per gallon. Additionally, recommendations to electrify home heating in the Upper Peninsula would cost households more than $20,000 to replace appliances and raise energy costs by about $290 to $325 per month. Suggestions that residents of the U.P. could switch to natural gas are also wholly infeasible as charitable estimates indicated that extending natural gas infrastructure would impose costs of well over half a billion dollars on Yoopers.

The recommendations from the governor’s MI Propane Security Plan were even less realistic as they flaunted and contradicted the very market signals on which they claimed to rely. In the first of the plan’s five steps, the Michigan Public Service Commission argues that they are “sending clear market signals” to encourage development of new propane sourcing options. But the third step works at cross purposes by promising to reduce “overall demand” for propane.

The plan’s fourth step promises to subsidize energy services for those families negatively impacted by the governor’s disruptive energy policies. Of course, this recommendation should remind readers of President Reagan’s claim that, "Government’s view of the economy could be summed up in a few short phrases: If it moves, tax it. If it keeps moving, regulate it. And if it stops moving, subsidize it.”

The propane security plan’s fifth step focuses on lessening the impacts of high energy prices by implementing weatherization and efficiency programs. But these programs, which have been proven inefficient and prone to fraud and waste, would need to spend more than $470 million to achieve an “emerald” efficiency rating from the Department of Housing and Urban Development.

The pipeline tunnel will maintain essential energy infrastructure and remove the pipeline from the waters of the Great Lakes. Doing this would protect vital energy supplies as well as critical water and environmental resources, without imposing additional financial constraints on taxpayers and ratepayers. But the governor’s increasingly extreme stance and flawed efforts to justify the pipeline closure have abandoned attempts to consider any but the most expensive and unreasonable alternatives.