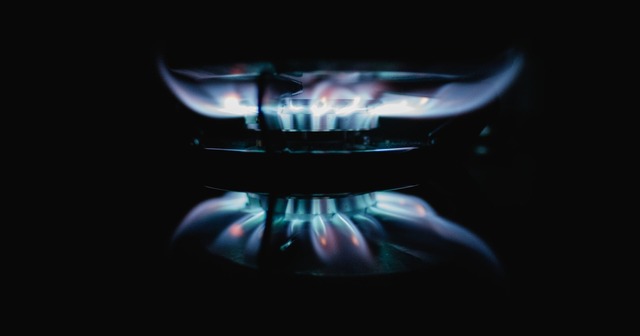 Proposed plan will not ensure resilience in propane supply

Propane supply has been high on the to-do list for Gov. Whitmer’s administration over the past few weeks. The state government recently published its MI Propane Security Plan, and the governor’s Upper Peninsula Energy Task Force wrapped up its meetings with a commitment to release its final report by March 31. But no matter how hard Michigan residents scour the propane security plan or the minutes of task force meetings, they won’t find a recognition that concerns about limited propane supplies in Michigan are entirely self-inflicted and very easily avoidable.

As Isaac Orr, policy fellow at Center of the American Experiment and I note in our assessment of the UP Energy Task Force’s recommendations on propane supply in Michigan:

Ostensibly the recommendations for more government intervention are aimed at reducing the negative impacts of decreased supply and increased prices for propane. But those negative impacts would not exist or would be greatly diminished if it were not for the effort on the part of the state government to close Line 5 and stop the construction of the Line 5 Straits of Mackinac Tunnel. In this case, government action is causing the very problem that they have created the U.P. Energy Task Force to solve.

The MI Propane Security Plan proposes a five-step program that will, among other things, impose cost controls on propane, and push for $10 million in spending to promote rail deliveries of propane in the U.P., as well as another $5 million to locate storage tanks near rail spurs. But this security plan fails because cost controls inevitably lead to shortages, and the proposed spending in the 2022 budget will have no impact on propane shortages in the winter months of 2021.

Let’s consider each of the five steps outlined in the MI Propane Security Plan.

The plan claims Gov. Whitmer’s energy polices “send clear market signals” that are already encouraging investment in alternative sources of propane. One should not be surprised to see propane suppliers that are facing the imminent and arbitrary closure of 55% of the state’s propane supply, the proportion carried by Line 5, scrambling to find additional sources of essential heating fuels for their customers.

A rush to fill the gap created by the deliberate disruption of supply from Line 5 demonstrates the creative ability of free markets to mitigate the destructive effects of bad government policies. But it does not take away from another market reality: Artificially created shortages in supply will necessarily result in price increases for Michigan residents.

“Step 2 – Leverage all the tools of state government to encourage the development of alternative sourcing options.”

Following its claims of “sending clear market signals” in the first step, the propane security plan immediately undercuts any claimed proficiencies in encouraging market forces by imposing “all the tools of state government” to promote alternative propane supplies. But as our assessment of the government’s task force recommendations demonstrated, rail is a more expensive and less secure means of transporting these fuels.

Closures of Line 5, even if only temporary in nature, will leave the Upper Peninsula vulnerable to price spikes and supply shortages in heating fuels. Shutting down Line 5 will force U.P. residents to rely on a mix of rail and trucking to transport propane from Superior, Wisc. But doing so would leave propane supplies vulnerable to more points of failure, given the U.P.’s experience of intense winter weather.

Additional “opportunities” listed as being pursued by the state in step 2 include the creation of a Strategic Propane Reserve, land acquisition, redevelopment of brownfields, increased pre-buying and mandating companies supply the state government with propane. These are all conspicuously measures that will swell state control over propane markets, further distort propane supplies and increase costs as suppliers attempt to meet the requirements of these new mandates.

This step primarily recounts the functions of the Michigan Public Service Commission’s Propane Monitoring and Assurance Program. While none of those functions require the closure of Line 5, the third point in this step, which describes the Petroleum Shortage Response Plan, stands out for its goals to “reduce overall [propane] demand to help the state navigate petroleum shortages or disruptions.”

As already discussed, the plan to close Line 5 stands as the single largest self-inflicted threat of a shortage or disruption. But publishing plans to limit propane demand again contradicts and undermines the market signals step 1 claims to send.

This step brings to mind the saying made famous by President Ronald Reagan: "Government’s view of the economy could be summed up in a few short phrases: If it moves, tax it. If it keeps moving, regulate it. And if it stops moving, subsidize it.”

The policies being put in place by the Whitmer administration will remove access to energy, restrict choices, raise prices and penalize companies that provide essential energy to Michigan residents. Clearly the Whitmer administration recognizes this as an inherent weakness in its plan. Step 4 expands government spending to provide the very energy supplies they just committed to reduce demand for in step 3 of its propane security plan.

In our report on the Recommendations of the UP Energy Task Force, we addressed the issue of price controls:

Prices provide incentives for businesses to supply products that customers want or need. But legislation that places an artificial ceiling on the price of a commodity can prolong the shortage of that product when it is needed most.

“Step 5 – Maximize propane efficiency while reducing energy costs in Michigan through efficiency, weatherization, and the transition to electrification and renewable energy.”

Our report on the recommendations of the UP Energy Task Force addressed each of these proposed actions.

The Governor’s Energy Task Force report on propane explained that “Many homes are ineligible for weatherization assistance due to related structural defects (such as the need for a new roof).” An indeterminate amount of money would need to be spent repairing these structural defects before they are eligible to receive state and federal weatherization funds. Once that basic level of eligibility was achieved, we calculated that each home in Michigan’s Upper Peninsula would require a minimum of $647 in spending to meet the Department of Housing and Urban Development’s bronze efficiency standard. Meeting HUD’s emerald efficiency standard would cost at least $20,445 per home. Spread out across the Upper Peninsula, weatherization costs would run between $14.9 million and $470.2 million.

Transitioning to electrification would only add to those already enormous costs. We calculated that removing existing propane-fueled heating and cooking appliances and replacing them with electric appliances would impose an initial cost of $15,000 to $25,000 per household. Following on the heels of those initial expenses, annual heating costs would rise by between $3,436 and $3,892 annually, or about $290 to $325 per month, per household.

As the Mackinac Center has shown in numerous other publications, there are massive costs associated with moving Michigan’s electricity system away from reliable and affordable generation options like fossil fuels and nuclear. In our comments to the Michigan Public Service Commission on DTE’s 2019 Integrated Resource Plan, we explained that DTE is planning to spend a total of as much as $12 billion to transition its energy supply to solar and wind. This equates to approximately $400 to $440 per ton of CO2 reduced, a massive increase over the EPA’s estimates of $1-2 per ton at a 7% discount rate in its Proposed Affordable Clean Energy Rule.

These exorbitant costs must also be considered in light of the growing instability that is imposed on our electric grids by “reliably unreliable” generation sources. The recent blackouts in California and Texas and our own energy restrictions during the 2019 Polar Vortex event make it clear that reliable and affordable energy generation options are essential to maintaining our health and well-being.

The governor’s plan will increase costs, as well as the risk of accidents and spills associated with propane deliveries. Additionally, the plan to expand rail capacity in the U.P. will not address the lost jobs in refineries across the region — in Detroit, Toledo, Ontario and Quebec. This plan does not address the rising costs of gasoline and jet fuels in the region. It does not address the fact that Michigan will be viewed as an untrustworthy trading partner by business and elected officials in Canada and across the Midwest.

Gov. Whitmer has mandated that Enbridge cease shipments through the pipeline in just over two months. Even if the governor’s plan could actually lessen the damage imposed by her own restrictive energy policies, there is no way proposed spending for the 2022 budget could develop rail and storage capacity by the May 2021 shutdown date for Line 5. Northern Michigan residents will be forced to endure at least one full winter season before any of the planned rail and storage spending can even begin to take effect.

This latest plan from the Whitmer administration is clearly a rushed, bandaid solution to a problem that the governor has created herself. The Whitmer administration must take a step back from its dogged anti-Line 5 campaign and encourage the construction of the Line 5 tunnel. Doing this would have the twofold effect of quickly removing the pipeline from the Great Lakes while also maintaining essential energy infrastructure.