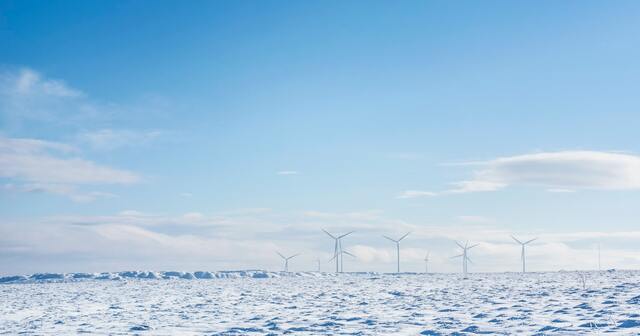 New generation facilities should be reliable

Editor's Note: More complete information on the Texas electricity grid is coming out, and the failures and rolling blackouts seem to stem from three major issues. First, there was poor planning and slow responses on the part of ERCOT, the operator of Texas’ electricity grid. Second, decisions were made against winterizing essential generation equipment, despite similar cold-related outages in 2011. Third, extreme and unusual cold weather impacted multiple generation sources: wind, solar, nuclear, coal and natural gas.

While this new information changes the immediate reporting of the energy crisis, it does not change the long-term systemic impacts of the changes that are being made in Texas, Michigan and across the nation. For more than a decade, Texas regulators have deliberately designed an electrical system that prioritizes the construction of renewable energy over the management, maintenance and construction of more reliable energy sources.

Even wind energy defenders are publicly claiming that wind generation is “reliably unreliable,” meaning the system managers at ERCOT didn’t even expect wind to be operating during the cold temperatures. Wind energy was every bit as reliably unreliable in the Midwest during the January 2019 Polar Vortex event, when it dropped to essentially no production during the extreme cold.

“Reliably unreliable” may work in mathematical models or when it’s sunny and 75°, but it is potentially dangerous when the real world gives us cloudy and -20°. It’s also a poor argument in favor of the drive to build more renewables. Spending billions to build energy sources that cannot be depended on when people need them most is irresponsible.

Unfortunately, Michigan’s utilities are following the same path Texas has already trod. They routinely say they are building a diverse and trustworthy system. But their plans will remove coal and reduce nuclear generation, while almost solely focusing on building more wind, solar and natural gas. Yet as renewable advocates are now admitting, we can’t count on wind and solar when we may need them most. This means Michigan’s diverse electrical grid will rely disproportionately on gas during extreme weather. The fire at the Ray Compressor Station in 2019 demonstrates that this is not a solid plan.

For the good of Michigan residents, Michigan’s electricity utilities need to return their focus to safe, reliable generation options.

The following letter was addressed to Senator Dan Lauwers, Chair of the Senate Energy and Technology Committee, and Representative Joe Bellino, Chair of the House Energy Committee. The original letter can be viewed here.

The news coming out of the state of Texas this week should remind every Michigan resident of our own recent experience with the failure of renewable energy to provide sufficient energy to meet the state’s needs.

As you recall, the January 2019 “Polar Vortex” event led Gov. Whitmer and utilities across the state to ask Michigan residents to reduce their home thermostat levels to 65° or lower. They were told that the state’s energy system would falter if they didn’t cut their energy use.

During the 2019 Polar Vortex event, Michigan’s energy systems were strained by rapidly increasing customer demand as a result of extreme cold. At the same time, a major source of our natural gas supplies failed spectacularly, while wind and solar supplied vanishingly small amounts to the grid.

The Midwest was fortunate, at that time, that we also had a substantial supply of nuclear and coal to supply essential energy for heating.

Unfortunately for its residents, Texas is much further along in its transition to an unreliable renewable energy- focused system that relies on just-in-time natural gas back up. In fact, wind sources overtook coal in Texas for the first time in 2020. In October, natural gas supplied Texans with 52% of their net electricity demand, wind 22%, coal 17%, and nuclear just over 8%.

Winter cold is shutting down over half of the wind generation capacity in Texas and literally freezing natural gas pipelines. The state’s electricity regulator — ERCOT — has imposed “rolling” blackouts. Similar measures are being implemented by the Southwest Power Pool in Oklahoma, Missouri, and Kansas. Friends and acquaintances living in the state of Texas are reporting that temperatures in their homes have dropped below 50° and exposed pipes are freezing.

This is exactly the same sort of situation we experienced during the 2019 Polar Vortex. It is also the same sort of challenge we saw in California last summer, when higher temperatures and nearby wildfires caused increased demands on air conditioning. Solar generation failed and CAISO, the state’s energy regulator, was forced to impose rolling blackouts as demand outstripped supplies when the sun began to set.

The stories coming out of Texas, Oklahoma, Missouri, Kansas, and California, as well as other areas that rely heavily on renewable energy, should cause every member of both the Senate and House energy committees to sit up and take notice.

Michigan’s major utilities — Consumers Energy and DTE — have both committed to achieving net zero CO2 emissions by 2040 and 2050 respectively. Both of these utilities’ approved Integrated Resource Plans describe how they will close the state’s reliable, affordable energy generation facilities — a mix of nuclear, natural gas, and coal — and attempt to replace them by trusting unreliable solar and wind, efficiency measures, and demand response (which effectively amounts to short-term rolling electricity outages).

We described the extreme costs of these plans in our comments to the MPSC hearing on the DTE IRP (MPSC docket U- 20471). But even more important is the fact that we are rapidly moving our electricity system toward the same heavy reliance on renewable energy sources, backed by natural gas, as both Texas and California.

Unfortunately, we are making these energy policy choices at the same time as we plan to impose massive new demands on our electricity system. We are pushing drivers to switch to electric vehicles and are attempting to close reliable energy infrastructure that daily provides more than 330,000 Michigan households with the propane they need to heat their homes and cook their food.

Homeowners will be forced to rely on electricity to heat their homes and automobile owners will need to plug in their cars if they intend to travel. But our 2019 Polar Vortex experience pairs with the experiences in California last summer and Texas and the lower Midwest today. Together, they demonstrate that renewable energy-focused grids are not up to the task when temperatures descend below, or rise above, a certain point. These policies will prove to be a recipe for disaster whenever we face weather difficulties.

As we noted in our recently published, “2021 Public Policy Recommendations” report,

Public Acts 295 of 2008 and 342 of 2016 mandate that a minimum of 15% of electricity produced by utilities must be sourced from renewable sources, such as wind and solar, by the year 2021. However, as the U.S. Department of Energy has noted, as solar penetration goes beyond 5% in an energy market, the likelihood that it will provide reliable power at peak demand drops off rapidly. Compounding this problem is the fact that solar energy, which is the primary source that both of the state’s large public utilities plan to build for the foreseeable future, has a capacity factor as low as 8% during Michigan’s cloudy and dark winter months.

All of Michigan’s utilities have publicly committed to switching their generation fleets to rely on far more than the mandated 15% renewable requirements. Therefore, the state’s legislators should feel comfortable rescinding the renewable energy standard. They can then adopt a reliable energy standard that requires any new electricity generation source be fully dispatchable. That is, ratepayers can rely on new electricity sources being constructed in the state to be available when they are needed, instead of only when the wind is blowing or the sun is shining.

To ensure Michigan residents do not suffer the same sort of power outages that Texans and Californians are enduring during extreme weather, we urge the Legislature to pass legislation that will require any new generation facilities that are approved for construction meet this basic dispatchability requirement.