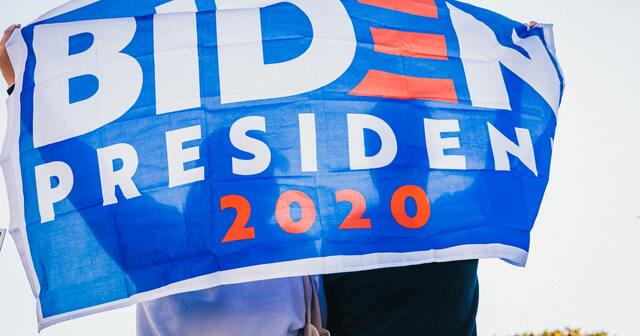 It racks up too much debt, isn’t targeted and includes priorities unrelated to COVID

President-elect Joe Biden has announced his $1.9 trillion “American Rescue Plan” that his administration believes is necessary due to the COVID-19 pandemic and its related fallout. This is reportedly just the first of two plans he will propose and comes on top of previous pandemic-related recovery plans passed in 2020. But most of Biden’s plan should be rejected — it’s too expensive, isn’t targeted enough to those who need help and includes priorities not related to an economic rescue.

There is much in this plan that is unnecessary or harmful. The amount of debt America has racked up lately is astounding, and this adds to it. It also bails out state and local units of governments that may not need it. It will reward fiscal profligacy. It gives “relief” money to those who don’t need it and, in fact, may be making more money than they did before the crisis. And the plan would mandate a nationwide $15 minimum wage and remove current exceptions, which will undermine economic opportunities for those who most need them.

This ARP spending plan would add $1.9 trillion to a federal debt that has already ballooned up to nearly $28 trillion. The federal debt rose 39% under President Donald Trump, and this makes it worse. The Mackinac Center has inveighed against President Trump’s spending and for similar reasons we oppose the ARP from President-elect Biden. Chief among them is the cost of it all.

In the previous relief packages, and in the Biden proposal, the federal government is just giving us money today that it will have to take from us later, or our children and grandchildren, with tax increases, public service cuts, or both. Nothing is “free.” The spending may show up positively in federal economic accounting in the short run, but it will likely limit growth in the future. If a tax hike to finance the new debt follows it would almost assuredly have the same ill effects.

Much of this new spending is not targeted to individuals and businesses who most need it. It gives individual payments of $1,400 each to the vast majority of people. This isn’t money going to the unemployed or others needing help; it’s going to almost everyone, including those who are already wealthy. We shouldn’t be redistributing money this broadly, especially to those who may be earning more than they were pre-pandemic.

In addition, the plan will encourage bad fiscal behavior by writing huge checks — worth $350 billion — to state and local units of government. Doing so risks rewarding fiscally irresponsible states like Illinois, which can now use federal money to paper over bad fiscal decisions made over the decades. It would be one thing if the federal government were targeting spending just for pandemic-related expenses, but it isn’t. It’s borrowing money to subsidize state and local spending broadly.

This new federal assistance, if adopted, may become more of a windfall for state and local units than what is actually needed — and at a time when many state and local treasuries are largely improving their tax haul. Michigan’s budget, excluding federal dollars, is up 7% in the current fiscal year. Revenue is expected to increase 4.3% in the next.

“[T]he economy is poised to take off without a single dollar more in government spending. Pent-up consumer demand — the savings rate is already double what it was pre-Covid — and the desire to socialize and travel again will lead to a sharp 2021 rebound even if Congress does nothing.”

The Biden plan is not all about spending, however. It also comes with a proposed national minimum wage of $15 an hour. Minimum wage mandates harm the poor. When the value an employee (or a perspective one) provides is not worth $15, one of two bad things can happen. The employee whose work does not merit $15 an hour will lose that job, or the person who is seeking a job won’t get one in the first place. Worst of all, minimum wage hikes lead to job losses precisely for the people who can afford it the least — those with lower skills and less income. Despite the implied argument that most minimum-wage employees struggle to support a family, the majority of these workers are the second (or third, or fourth) income earner in households with more wealth than average.

Perhaps as troubling is the hypocrisy surrounding the minimum wage hike by President-Elect Biden. During the Iowa primaries, his campaign was found to be the only one among Democratic candidates that relied on unpaid workers. During the general election campaign, Mr. Biden’s campaign ran a "fellowship program" in which workers were paid $0. So, his plan as president would force businesses to pay $15 per hour while his political campaign, one of the most well-funded in history, could choose to pay its employees nothing.

There is much that is wrong with President-elect Biden’s rescue plan. It should not be adopted whole. Getting the pandemic behind us and letting the economy resume its growth is the best economic medicine for what ails the nation.