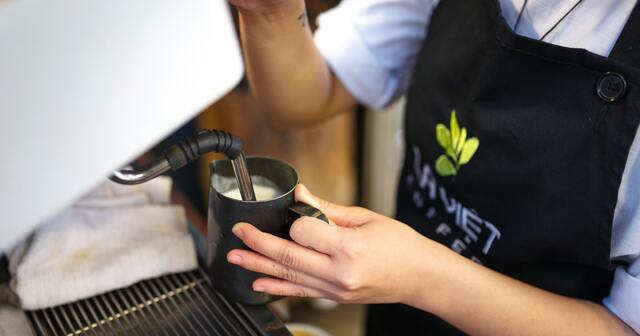 The U.S. House of Representatives has passed legislation that would mandate a rise in the federal minimum wage to $15 an hour by 2024. I have often wondered if supporters of such mandates understand simple economic concepts or if they have familiarized themselves with scholarly research on the minimum wage.

Simply commanding higher wages from Washington, D.C., won’t make an employee worth $15 an hour to an employer. If Congress raises the price of employees, employers will demand fewer of them. That would be unfortunate, for often, low-paying jobs are also low-skilled ones that represent the first opportunity some people have to build a positive employee-employer relationship.

Last month, I joined with other policy experts in signing an open
letter opposing the “Raise the Wage Act.” Our letter made five key points: 1) A standard minimum wage across the entire U.S. will harm some areas more than others; 2) Minimum wage laws harm poor people more than they help them; 3) They increase unemployment; 4) They deprive young people of work experience; and 5) They harm the overall economy.

Mackinac Center adjunct scholar Mark Perry describes a national minimum wage as a “one-size-fits-none-approach.” It is, he says, especially harmful to small, rural communities where the cost of living is low when compared to high-cost urban centers. For example, the new mandate would apply equally to Lake County, Michigan, where the median household income is just over $32,300 a year, and to Fairfax County, Virginia, where it is over $117,500. Fairfax County is just down the street from the very politicians trying to impose this mandate, and its people could more easily afford the associated price hikes than poor folks elsewhere.

We wrote about this repeatedly in 2014, when the Obama administration was trying to raise the federal minimum wage. The owner of Zingerman’s, an Ann Arbor restaurant, supported a higher minimum wage, but he could afford it. He caters to a well-to-do clientele, which included President Obama. A Rueben sandwich at Zingerman’s today costs at least $16.50, well north of an affordable sandwich price for most Americans.

Proponents often counter that a mandated minimum wage hike helps poor people by forcing their employers to pay them more. But proponents haven’t yet tried to also force employers to continue hiring minimum-wage employees — an important consideration, since at higher wages, employers may not be inclined to add to their head count. Advocates of a higher minimum wage also can’t force businesses to keep going, so whenever they get the wage increased, their success contributes to some businesses going out of business.

A law that results in businesses employing fewer people takes away chances to get work experience. Those first rungs on the economic ladder are vital ones.

Consider the plight of teenagers looking to make a little money and get that first job. One study used three decades of data that tracked teenagers who had found employment during their senior year in high school. The researchers found that teens who had found work earned much more than their peers over time. Even into their 40s and 50s, the wage advantage of those who found work as teens held up at 9.4%.

One authoritative report attempted to measure the impact of minimum wage laws. According to its authors, 85% of the studies they reviewed found a negative impact on employment.

How negative would the impact of “Raise the Wage” be? One analysis from the Congressional Budget Office gave several estimates, and the median one was a loss of 1.3 million jobs. And that’s not all. The proposal would also reduce business income and, ultimately, inflation-adjusted family income, too.

Minimum wage laws sound nice, but policy doesn’t happen in a vacuum. Choices made by distant politicians have consequences, unintended and otherwise. A higher minimum wage, the evidence shows, often leads to a wage of $0. When many companies are forced to retrench due to higher costs, they trim employment, often starting with the least productive workers. In other words, the most vulnerable employees, who need work experience the most, are the ones most at risk from minimum wage laws.