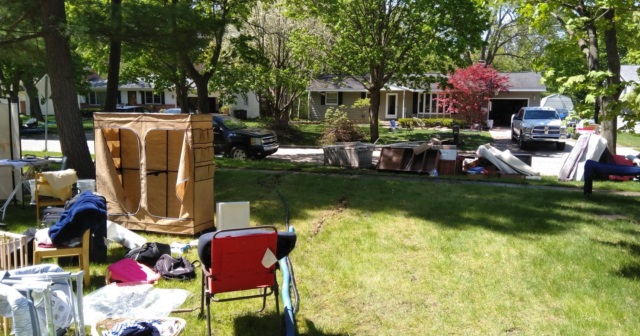 Nobody is social distancing in Midland, Mich. A day full of rainfall led to flooding which caused a cascade of dam failures which meant historic flooding in Sanford, Midland and other towns in the area.

After cleaning out yet another basement slammed by the flooding this week, all I wanted was a decent meal. I ended up waiting in line at the drive-through of a fast-food restaurant for 30 minutes. When many restaurants are closed down and takeout is the only option for those that remain open, long lines and long waits are typical. 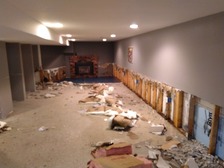 Ten days ago, this would have been an inconvenience. But after the dams west of Midland failed, bringing river waters more than 20 feet above what is normal, it’s much worse than an annoyance. Some 10,000 people were asked to evacuate.

And while Midland has rallied with volunteerism and providing for each other, sitting down at a restaurant with your family or those you’ve been working with after a long day would be nice. No social distancing at the restaurant? That would probably not concern those who've already spent hours crouched together in wet and filthy basements, stripping carpet, pulling down drywall and hauling out debris. I've spent countless hours among these people and can tell you this: It’s impossible to maintain social distancing under these conditions and few people can stand to wear a mask all day.

With four counties under a state of emergency, State Sen. Jim Stamas, R-Midland, and others are calling for Gov. Gretchen Whitmer to ease her stay-at-home order and allow sit-down restaurants to open (with restrictions).

“What we've recently realized is that the lines on there are so long, all day long. If you're part of the relief effort, you can't spend an hour or two waiting on those institutions to get you a meal,” said Gladwin County Sheriff Mike Shea. “We gotta take care of our first responders and those volunteers as well.”

Midland isn’t the type of town which seeks special treatment. But with a low number of COVID cases and the two zones north - northern Michigan and the Upper Peninsula - being allowed to open up restaurants, it makes sense to extend that policy here, as well.