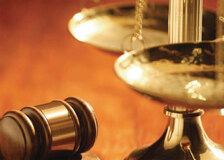 The Michigan Education Association is "standing strong against privatization," according to the Spring 2007 MEA Voice, the newsletter of the school employees union. In the publication’s Letter to Members, the MEA leadership assures readers it is "committed to defeating privatization."

The promise to forestall competitive contracting efforts is certainly borne out by the MEA’s efforts. The union employs two basic strategies in its fight: standard fare propaganda directed at the public and the school boards, and legal challenges to particular privatization decisions. The MEA utilized both tactics when Grand Rapids Public Schools decided to privatize its transportation services. The propaganda campaign was unsuccessful in stopping the school board, but the MEA did achieve moderate success with its legal efforts once the board had decided. It may be premature for the union to celebrate, however: one legal outcome was dependent on unique facts and is unlikely to be replicated in the future. Another ruling has been appealed, and ought to be overturned.

In 1994, the Legislature, in enacting Public Act 112, wisely ended the union’s ability to seek a ban on privatization during the collective bargaining process. That law states that "Collective bargaining between a public school employer and a bargaining representative of its employees shall not include ... The decision of whether or not to contract with a third party for 1 or more noninstructional support services; or the procedures for obtaining the contract; or the identity of the third party; or the impact of the contract on individual employees or the bargaining unit." In 1996, the Michigan Supreme Court rejected the MEA’s claim that the provision was unconstitutional. The court explained that even if a union were to get a school district to include a prohibition against privatization in the collective bargaining agreement, the promise would be unenforceable since it was an illegal subject of bargaining.

Its broad legal attack having failed, the MEA was left to file legal challenges against individual district’s privatization decisions. The three basic claims that the MEA has are: (1) a state tort action against the private company; (2) a federal unfair labor practice claim against the private company alleging a violation of the "successorship doctrine;" and (3) a state unfair labor practice claim against the school alleging repudiation of a collective bargaining agreement.

The MEA used all three claims in challenging the Grand Rapids decision to contract out for transportation. While the MEA obtained a settlement in one of its actions, an examination of the facts suggests that success will be difficult for the MEA to replicate.

A detailed analysis of these strategies is available in the Mackinac Center for Public Policy’s "School Privatization Primer for Michigan Policymakers, School Officials, Media and Residents."

However, an overview of these issues is pertinent for any district looking to contract out.

The company may have had some strong arguments had it chosen to appeal, but it would have risked the possibility of a jury award. Given the costs of litigation, its decision to settle was pragmatic.

Having a company manage a district’s transportation is a fairly unique situation among school districts, which explains why the case advanced as far as it did. In most situations, no suit against the private company would be possible since it would be the district initiating the contact. But whatever the risk to the private company, this type of claim is not possible against school districts and should not be a factor in a district’s decision to privatize.

Another risk faced primarily by private companies is that the MEA will claim to represent former district employees that they hire. In a Sept. 27, 2006, ruling by a National Labor Relations Board administrative law judge, it was held that since Dean Transportation hired a sufficient number of former district bus drivers, the Grand Rapids Educational Support Personnel Association union still represented those workers. This ruling was recently affirmed by the NLRB.

In the cases related to Dean, the NLRB administrative law judge held that the successorship doctrine applied, meaning that the union that represented GRESPA carried over to the new employer. The decision is being appealed both on the technical application of the successorship doctrine and the broad issue of whether the doctrine should ever apply where the union lacked the ability to strike under state law.

Public-sector unions in Michigan do not have the option to go on strike, while private-sector unions governed by the National Labor Relations Act do. However, the administrative law judge offered no analysis regarding the new right that the bus drivers were obtaining. Neither the NLRB nor the federal courts have addressed the broader issue, so this case may eventually serve as a national precedent.

The third typical manner in which the MEA can legally challenge a particular privatization decision is to file an unfair labor practice charge alleging that the school’s decision to privatize repudiates the collective bargaining agreement.

However, in no case has the MEA allowed the issue to be decided, not even before a Michigan Employment Relations Commission administrative law judge. In the Grand Rapids bus privatization matter, the MEA withdrew its charge before there was a hearing. The MEA also challenged the decision by the Albion Public Schools Board of Education to privatize food service. In this case, the administrative law judge held a hearing and informed the MEA that she was going to rule against the unfair labor practice charges, prompting the MEA to withdraw them.

In another case, dealing with the Hartland Community Schools custodial privatization, the MEA settled for a mere $20,000, a sum low enough that it made more financial sense for the district to settle than to pay attorney fees to fight the charge.

The MEA’s voluntary withdrawal of its unfair labor practice charges in the Albion and Grand Rapids cases hint at a conclusion that the union believes these types of claims are unlikely to prevail. But as long as the general threat is still viable, by avoiding a definitive MERC or court decision, the MEA might be able to extract small amounts from districts that don’t have the financial resources for a long legal battle (the MEA’s coffers dwarf that of many Michigan school districts). But the MEA’s past actions are no guarantee of its future conduct; the union may decide to fully pursue the next unfair labor practice charge it files.

School districts considering the privatization of nonessential services should consult with their attorneys. As long as the district approaches the private companies, and not the other way around, damages from state tort suits can be avoided. Also, there is a good chance that federal courts will hold that the successorship doctrine does not apply where the public sector union lacked the power to strike, since private-sector unions have that power and it is not clear that the former public employees would want to be represented by a union that could strike. Whether a district can privatize in the middle of a collective bargaining agreement is an unsettled matter and the MEA appears unwilling to risk a definitive ruling at this time, but that is no guarantee that its strategy will not change in the future.

Patrick Wright is senior legal analyst at the Mackinac Center for Public Policy, where he directs the Legal Studies Project.