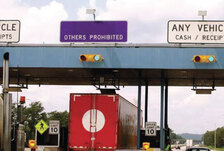 Many states, including neighboring Indiana and Illinois, have been exploring ways to use the private sector to help build and maintain roads and highways. Unfortunately, this hasn’t been happening in Michigan. If this state wants to improve mobility — and reap the economic benefits that result — we need to take advantage of public-private partnerships.

One way to accomplish this is through the use of toll roads. Generally, toll roads make sense when they are able to catch drivers passing through a region. But unlike Indiana and Ohio, where there is a high percentage of through users making interstate journeys, most Michigan road users are state residents. Florida also enjoys an advantage since many of its road users are from out of state. Given Michigan’s geography, it simply doesn’t experience that kind of out-of-state traffic. Tolls are also not a very efficient means of collecting road taxes — it takes capital improvements, electricity and manpower to collect tolls. A cents-per-gallon fuel tax is a much more efficient means of collecting fees for road use as gas stations are able to collect and distribute the revenue to the state without much additional cost. And like tolls, a gas tax follows a user-fee principle. The more a person drives, the more they pay, and the more fuel efficient a car they use, the less they pay, therefore promoting fuel conservation.

Selling some of Michigan’s roads and using the proceeds to invest in other roads is probably not a viable option. Neighboring states and cities — like Indiana and Chicago — have pursued this option. For instance, Indiana received $3.8 billion for a 75-year lease and Chicago has just received $1.83 billion for 99 years for the 7.8-mile Chicago Skyway. A number of other states have also pursued or are considering the sale of roads. But they either are building brand new roads or had existing public toll roads to sell. This is a critical difference. Roads built with federal money are required to be toll-free, so Michigan would have to pay back federal funds — up to 80 percent of the total cost in some instances — if it wanted to make an existing highway a toll road.

In addition, if Michigan were to convert entire existing roads to tolls, it would have to add actual toll booths at exits since there would be no way to require all users to have automated technology. Installing toll booths would be very difficult given the space available at many exits. The resulting changes in driving behavior and use or non-use of exits would be extremely disruptive to businesses located at the exits and would likely bankrupt many of them. The only other option would be to use a photo-based toll collection system that might be a hard sell given privacy concerns.

One possible opening in Michigan for selling or leasing an existing public road would be the Mackinac Bridge. Federal aid would have to be repaid, but only in 1950s value dollars, making the cost more manageable. However, the price that could be obtained would be limited by modest traffic levels. The new lease holder or owner would also have to raise tolls by enough to pay back the cost of the bonding incurred to pay the state an upfront price. There would likely be a considerable outcry in the Upper Peninsula about the higher tolls and placing the bridge in private hands, because it is the only traffic route connecting Michigan’s two peninsulas. Two other options involve sale or lease of the Michigan-owned half of the Blue Water Bridge and/or the Detroit-owned half of the Detroit-Windsor Auto Tunnel.

Should the sale of existing roads ever be considered, the level of tolls would of course have to be part of that decision. Quite high toll levels can be necessary to cover the debt costs that private firms incur. For instance, in Indiana the consortium that is leasing the Indiana tollway is paying the state $4.3 billion that will have to be recouped in tolls. And those tolls will be over and above current rates that the state charges to recoup construction and maintenance costs.

For these reasons, the sale of existing Michigan interstates is probably not viable. However, should there be a need to construct major new road segments, such as a U.S. 23 extension to the north or an expanded I-96 between Grand Rapids and Grand Haven, then private toll roads could be considered. Since Michigan is not growing, it is generally not in need of major new roadways. Instead, from an expansion standpoint, it is more in need of new interchanges and lane additions to address the congestion already present in some areas.

This is where one extremely viable toll option comes into play for Michigan: adding lanes to existing southeast Michigan interstates under federal tolled "express" or "hot" lane programs. With urban congestion in southeast Michigan forecasted to increase by large percentages over the next 30 years, there is a critical need to address funding for additional lanes. These funding requirements are very large. For instance, six miles of reconstruction on I-94 has an estimated cost of $1.4 billion, with I-75 in Oakland County costing $1 billion. Coupled with the need for additional lanes on these and other roads, such as U.S. 23 north of Ann Arbor, it is clear that existing funding sources cannot begin to meet the need.

The new federal tolling option allows for up to 15 demonstration projects where the public or private sector can add a lane to an existing interstate and charge tolls to fund the investment. Previously, tolls were not allowed on federally funded interstates unless all previous public investment was paid back to the federal government. These new toll lanes are not allowed to use traditional toll booths and must instead utilize new transponder technology to automatically invoice customers. Tolls can be fixed or variable for express lanes that do not require high occupancy vehicles. For Michigan’s interstates it would be advisable that these tolls be variable and based on congestion levels at different times of the day. If the new lanes did not have to require high occupancy vehicles, they might generate more use.

Overall, the automated tolling program is a tremendous opportunity for Michigan to address major congestion problems along key routes while generating at least $1 billion of additional highway revenue over time. Michigan needs to seriously consider this kind of tolling program. Minneapolis has already implemented a similar program on I-394. The Bush administration’s budget proposal for fiscal year 2008 included $130 million in grants to help states pursue this option. The proposal would make 10 grants to states under this program, and recommends an additional $175 million in funding for fiscal year 2009.

There is always a danger that tolls will not generate enough revenue to make a project feasible. However, the idea should at least be explored.

Using a somewhat different program, the U.S. Department of Transportation announced a new "Corridors of the Future" congestion reduction program, which will make available new financing options and expedite permitting. Michigan should seek to have the interstates around Detroit designated as Corridors of the Future this summer. The Chicago area, with portions of I-80, I-90 and I-94 (including portions in Michigan), was just selected for this program. Michigan needs to be next, and such a designation might improve Michigan’s odds of being picked for one of the express lane designations and grants.

It is time for Michigan to move forward with planning for southeast Michigan lane expansion and express/hot lane options with automated congestion tolling should be a key funding source. As part of this effort, Michigan should also enact comprehensive legislation outlining the way these toll programs would work, as a number of other states already have.