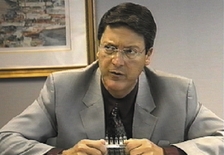 A Michigan court has dismissed a lawsuit brought by the Michigan Education Association (MEA) and its president against the Mackinac Center for Public Policy, ending a case that drew nationwide attention to free-speech rights and embarrassment to top union officials for nearly two years.

The dismissal of the MEA’s lawsuit is seen by First Amendment defenders as a clear-cut legal victory for free speech that left observers wondering why the union would risk its resources and reputation to try to stop the Mackinac Center from accurately quoting its president’s public remarks.

Within days the Mackinac Center secured an offer of free legal counsel from the public-interest law firm, Institute for Justice. The Washington, D.C.-based institute, which specializes in defending constitutional liberties, told the Mackinac Center it wanted to “… make clear that a private party like the MEA may not use the courts to silence speech that it finds disagreeable.”

The court case between two of the most influential entities in Michigan education policy – one a $700 million union conglomerate and the other a $3 million nonprofit research institute – went unnoticed by the news media until the Mackinac Center and the Institute for Justice called their own news conference in May to announce that the Center would not accede to the union’s demands, but would defend itself against the union’s “attack on free speech.”

Journalists around the country took a keen interest in the case once they realized the lawsuit posed a potential threat to free speech, the bulwark of the media. The Detroit News opined on its editorial page, “If the courts follow the MEA’s logic, free speech would be squashed.”

Others weighed in while waiting for the Ingham County Circuit Court, where the lawsuit was filed, to act. George Will, writing for the Washington Post, warned of the danger of using the courts to suppress dissent but predicted the Mackinac Center would “… easily defeat the MEA’s frivolous claim….”

John Fund, Wall Street Journal editorial writer, wrote that the Mackinac Center “plainly [was] exercising its constitutionally protected right of free speech” when it quoted Battaglieri, adding that the MEA’s lawsuit merited “the prize for intimidation.”

Syndicated Boston Globe columnist Jeff Jacoby wrote that the MEA sued because of the union’s “bitter resentment” of the Mackinac Center’s success in advancing education reform, or simply to drain the Center of money with a “meritless” lawsuit. He compared the union’s demands to segregationists’ attempts to intimidate civil rights advocates through the courts in the 1960s.

Michigan news outlets carried the story statewide, ultimately prompting even newspaper letters to the editor from MEA members who questioned the union’s use of their dues dollars. Nearly every article repeated the quote that Battaglieri said required his permission to use.

No newspapers or commentators were found supporting the MEA’s position. The Lansing State Journal editorialized that the union gave “new meaning to the term ‘frivolous lawsuit.’” The MEA, while maintaining it was the aggrieved party taking reasonable legal action to protect its interests, made no mention of the lawsuit to its 150,000 members on its Web site or in its monthly magazine, “MEA Voice.”

Battaglieri told the court he sued because the Mackinac Center “used me, my name, and the association’s name for their [the Mackinac Center’s] solicitation purposes.” He added, “And I believe and have been led to believe, understand, that there’s case law that prevents people from doing that.”

But when questioned about whether he had ever used the name of the Mackinac Center in connection with raising funds for MEA-PAC, the union’s political action committee, Battaglieri responded, “I’m sure that I have…” and added that he has not said the Mackinac Center supports the MEA. MEA-PAC raised more than $1.4 million for the 2002 election cycle, making it the state’s third-largest PAC.

The union also used sports celebrities’ names without permission in 2001 to promote a fundraising golf tournament. Part of the solicitation for that event read “And, because Palmer, Nicklaus, and Woods aren’t available to play in MEA’s Scholarship Fund golf outing … Battaglieri is looking for three players to fill out his foursome.”

Battaglieri’s lawsuit also contended that the act of quoting Battaglieri’s words of admiration had made it seem as if he admired, or endorsed, the Mackinac Center in some way other than the way he actually admired it.

The paragraph of the Mackinac Center letter that quoted Battaglieri reads

Questioned by the Mackinac Center’s attorney as to whether he believed he had been misquoted, Battaglieri said, “No.”

Asked by the attorney to recall the context in which he spoke at his news conference, Battaglieri said, “… it was my recollection that I was answering it as, you know, who wouldn’t admire what the Mackinac Center has been able to do in terms of being able to get their positions to the legislature uncontested?”

MEA maintained that its lawsuit was legitimate. At one point the union indicated it would settle the case if the Mackinac Center would pay it $75,000. The Mackinac Center declined, saying it had a strong case.

After a circuit court judge in late 2002 set a date for trial, the Mackinac Center argued that the MEA’s complaint was meritless and asked the Michigan Court of Appeals to intervene. The appeals court placed a stay on trial proceedings while it considered whether the MEA should be allowed to move forward with its lawsuit.

By the time the appeals court heard oral arguments in February 2003, news reports called the case a “high profile free speech feud.” Joel Kurth of the Detroit News noted years of disagreement between the MEA and Mackinac Center, writing, “Research from the Mackinac Center repeatedly has been cited by lawmakers while approving laws the MEA opposes.”

In March, a three-judge panel of the appeals court ruled that the circuit court judge had erred in not dismissing the case outright. In an opinion signed by all three, the judges said
“… we conclude that the publication [Mackinac Center’s letter] falls squarely within the protection of the First Amendment for discourse on matters of public interest,”
and
“… plaintiffs [MEA] have simply come forward with no such circumstantial evidence that Mackinac intended or knew that its publication would be interpreted by its readers in the manner plaintiffs argue.”

Media reaction was sharp and decisively in accord with the court’s finding.

News stories around the state again repeated Battaglieri’s original quote expressing his admiration for what the Mackinac Center had done. While the MEA’s Trimer-Hartley said union officials were “disappointed” to have their case rejected, the Associated Press quoted Clark Neily, the Institute for Justice’s lead attorney in the case, saying, “We have said from day one that this was a totally frivolous lawsuit. It had no merit.”

Editorials representing the positions of the Detroit Free Press, Detroit News, Lansing State Journal, Oakland Press, and other daily newspapers condemned the union’s lawsuit and praised the court’s decision protecting the right to quote. The editors called the MEA’s decision to sue an “intimidation tactic,” “questionable use of the union’s resources,” “frivolous,” “frantic recklessness,” and an “assault on freedom of speech.”

MEA’s subsequent decision not to appeal the court’s dismissal of the lawsuit ended the case. The union must pay the Mackinac Center’s court costs, even though the Institute for Justice defended the Center for free.

In an interview after the Mackinac Center’s victory, Executive Vice President Joseph Lehman said, “There’s nothing wrong with calling a news conference to criticize the Mackinac Center or anybody else. There is something very wrong with suing the people who accurately repeat what you actually say.”

Mackinac Center President Lawrence Reed said, “Teachers deserve better leadership at MEA headquarters. We have helped many teachers over the years exercise their rights when their union mistreats them or misuses their compulsory dues. This lawsuit was just one more reminder of why we have been effective, and why we are needed.”