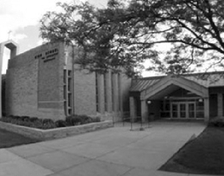 The Michigan Employment Relations Commission (MERC), the state agency that resolves labor disputes, has decided that Brother Rice High School was subject to its jurisdiction under the little-used Michigan Labor Relations and Mediation Act and ordered that a vote be held on August 20, 2004 to determine whether or not teachers at the school will be represented by the Michigan Education Association (MEA). In doing so, MERC concluded that state regulation of the Roman Catholic school’s labor relations did not violate religious establishment clauses of the U.S. and Michigan state constitutions.

The Commission’s decision, and possible future litigation, centers on the application of the U.S. Supreme Court’s 1979 decision involving Catholic Schools in Chicago. In that case, the Supreme Court declined to extend the primary federal labor law, the National Labor Relations Act, to cover religious schools, citing concerns about possible entanglement of government in religious affairs.

The Supreme Court did not, however, categorically rule out future government intervention in the labor relations of religious schools. From this, the Commission concluded that it had the authority to order a union certification election at Brother Rice High School.

The dispute began in 2003, when 30 of the 42 teachers working at the all-boys Catholic school requested an election to determine whether the school workforce should join the MEA. The attempt was strongly opposed by the board of the school, which cited the 1979 Supreme Court case and said that mandatory collective bargaining would violate the school’s right to constitutionally protected freedom of expression.

Former Brother Rice Head of School Edward Kowalchick said he was concerned that the MEA might try to restrict the school from fulfilling its religious mission. Kowalchick has since accepted the position of Headmaster at Georgetown Preparatory School in Bethesda, Maryland. John Birney, a 1976 graduate of Brother Rice High School and a member of the faculty for many years, replaces Kowalchick.

Union officials deny that the MEA has plans to interfere with the high school’s religious teachings. David Crim, a spokesman for the MEA, told reporters “We have made it clear that our union understands that it’s a Catholic school providing a faith-based education, and we have no intention of changing that. We only seek to represent them as employees.”

Some have questioned why the MEA would be courting teachers in a private Catholic school. But after facing a $10 million budget deficit and membership that has fallen short of projections, the MEA may be seeking alternative sources for new members. Last year, the MEA eliminated 47 staff positions at its headquarters and levied the maximum allowable dues increase on its members. Income from members’ compulsory dues did not reach budgeted amounts in the union’s 2002-2003 year.

The MEA also has been largely unsuccessful in organizing Michigan charter school teachers. Teachers at Island City Academy, a charter school in Eaton Rapids, actually decertified their MEA local by a vote of 92% shortly after the union was formed.

Others have questioned the legal route that the MEA has taken in using MERC as the venue for its legal case. Ordinarily, a bid to have the MEA represent teachers at a private school would be filed under federal law with the National Labor Relations Board (NLRB), which has regulatory control over the labor relations of most private employers. The legal obstacle that the MEA would have faced if it went the normal route is that the 1979 U.S. Supreme Court ruling placed schools off limits to union organizing if they are operated by a church and teach both religious and secular subjects.

Brother Rice High School is run by the Christian Brothers Institute of Michigan, an organization of nonclerical personnel and a Catholic order named the Congregation of Christian Brothers. Concern about the school’s religious autonomy in the event of MEA unionization was publicly expressed as early as June 2003, when Kowalchik, then head of the school, wrote a letter to the staff that explained that the union could compromise the “independent Catholic education” that was fundamental to the school’s mission.

School officials cite conflicts between Catholic teachings and the official positions of the National Education Association (NEA), with which the MEA is affiliated and which MEA-unionized teachers must support through their dues. For example, an NEA resolution supports abortion rights and the teacher’s union is a cosponsor of abortion marches.

In 2002 the Equal Employment Opportunity Commission determined that the NEA discriminates against teachers who object on religious grounds to joining or supporting a union. The MEA is alone among NEA affiliates in requiring its religious objectors to answer questions about their religious beliefs in a union hearing.

The teachers who initiated the unionization effort had mostly criticized Kowalchick for cuts in teachers’ compensation and in the budgets of award-winning programs such as the debate team.

Kowalchick said that because the school’s funding is tuition driven, he proposed freezing salaries to keep jobs. “To the best of my knowledge, that is the best way we could do it,” he said, adding that if enrollment increased, the school would issue bonuses instead. Traditional union-negotiated rules tightly control the size and type of teacher bonuses.

One Brother Rice teacher who joined the unionization effort but did not want to be identified stated that most of the teachers did not want the union involved, but felt that this was their only option to save their program budgets and their jobs.

Although enrollment at the high school was declining when the unionization effort began, Kowalchik said that enrollment was now increasing. “We have a much improved environment now. We maintained a wonderful academic year, both sides have handled the situation extremely well, and it has allowed us to focus on our purpose, educating young people.”

The unionization of Brother Rice teachers is far from settled. The employer has asked the Michigan Court of Appeals to intervene and consider the constitutional religious liberty questions, which it says have been wrongly decided by MERC.

Even if a union election goes forward, it is not a given that the MEA will be selected to act for the teachers in light of the improved financial and labor climate which exists at the school today. The case is being followed closely by the rest of Michigan’s private religious schools and their teachers to see whether they may also face the possibility of unionization.