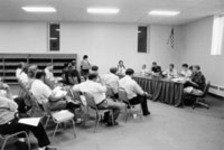 It may be just as easy to argue that privatization will ruin schools as it is to endorse it as the free-market savior of public education—it is simply a matter of which side of the fence you are on. That is why some high-profile privatization efforts have collapsed in a blaze of controversy.

Our argument is not that privatization is good or bad. Rather, we believe privatization is something to consider but only with a skeptic’s eye and an understanding that no matter how you sell it to your community, any privatization effort is going to be controversial. So, if you are considering privatization, whether it be for your transportation program or for instruction, you’d better plan ahead and involve the community in the decision or you could be facing a political nightmare.

One of us (Samuel Flam), a former school superintendent who had just started an educational consulting firm, had the unusual opportunity to see firsthand the political perils of privatization. Hired in 1994 by a school district in Michigan to serve as interim superintendent with a contract renewable in two-week increments, Flam was not in office two days when he learned that the school board had invited a well-known privatization company to town.

The Minnesota company, Educational Alternatives Inc. (EAI, now known as the Tesseract Group), was visiting the district to sell the board on why it should take over most district services. As events unfolded, the district’s flirtation with privatization became a case study for examining the political, economic, and community relations issues embedded in a decision to privatize.

A political nightmare was caused, to a large degree, because school officials invited EAI to town without first notifying employees or community leaders that they were seriously considering hiring a private company to run some school services.

The controversy became particularly ugly when attacks on school board members became more personal. Board members who voted to permit the investigation of contracting found themselves and their families bombarded by verbal and written attacks bordering on psychological warfare. The children of a few board members were lectured by teachers about the evils of privatization, and board meetings were suddenly packed with up to 500 people.

As should be expected, different constituent groups reacted differently to the board's consideration of privatization. The following is a look at how four major constituencies- parents, teachers, taxpayers, and students -reacted to the prospect of privatization.

As should be expected, different constituent groups reacted differently to the board’s consideration of privatization. The following is a look at how four major constituencies—parents, teachers, taxpayers, and students—reacted to the prospect of privatization.

Several teachers told students that a contract with EAI could mean they would be laid off.

You might assume that the smaller the privatization initiative, the less controversy is likely to ensue. But there is no certainty of that. Following are a few common sense steps to keep in mind:

Privatizing school services can be a high-stakes undertaking. The politics are risky and complicated, but they are not unmanageable. With any significant change in the way schools operate, it takes time to show results, and buying that time requires considerable community support.

In the end, the Michigan district decided not to privatize. Clearly, lack of foresight about the controversial nature of privatization affected that decision. It’s possible that if school officials had planned better how to handle this politically sensitive issue, the district might still have decided not to privatize. But without careful planning the opportunity for informed and respectful debate was lost. Thoughtful planning on your board’s part can keep that from happening in your district.

This article was excerpted with permission from the April 1998 edition of American School Board Journal.

Drs. Keane and Flam are the authors of Public Schools/Private Enterprise: What You Should Know and Do About Privatization, (Technomic Publishing, 1997). Dr. Keane can be reached at keane@oakland.edu and Dr. Flam can be reached at samf@annis.com.

Privatization: On The Honor Roll