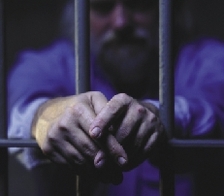 Local units of government have recently faced cuts in state revenue sharing. Jail privatization offers county officials one opportunity to make up for those losses.

When lawmakers discuss privatization as a way to save money on our penal system, prison privatization gets the majority of attention from state officials, the media and political pundits. But county officials across the nation are becoming so interested in the idea of privatizing jails that private entrepreneurs are advertising for their business. Strangely, in Michigan it is currently illegal for local units of government to contract out for management of jails. But if the state allowed counties to privatize their jails, Michigan counties could lock up annual savings of as much as 10 percent to 15 percent.

In 1989, several legislators introduced a package of 16 bills that would permit jail privatization. The Michigan statutes that needed amending were up to 141 years old.

County jails differ from state prisons in that jails are designed to incarcerate inmates with relatively short sentences — for a maximum of 365 days. For inmates who have cases working through the court process, jails serve as temporary detention centers.

In 1989, several legislators introduced a package of 16 bills that would permit jail privatization. The Michigan statutes that needed amending were up to 141 years old. The bid failed in large part due to opposition from public employee unions, which regularly oppose privatization because it can lower the number of workers who pay dues to the union. Michigan counties do have experience contracting out for management of their prisoners since many routinely pay other counties to house their inmates.

In August 2001, the Washington Policy Center, a Washington state-based think tank, published a policy brief entitled, “Private Prisons: A Sensible Solution.” The paper focused primarily on prison privatization, but did include some important jail references. For example, it told the story of Whatcom County, Wash., which contracted with a private, for-profit company to oversee county prisoners on a work-release program.

Jails have been privatized throughout North America. Corrections Corporation of America, one of the industry’s best-known corrections businesses, manages jails from Bay County, Fla. to Tulsa Okla. and reports average savings of 10 percent annually. Dickson County, Tenn. may be the next American jail to adopt private management. In December 2003, Dickson officials voted to accept bids from private firms to manage the jail’s inmates. Actual per-inmate savings have not yet been estimated, but the new private jail is expected to create a revenue stream for the county of $300,000 annually, from the taxes the private business will pay.

To solve the problem, Grand Traverse County enlisted consultants from other states, who produced two reports concluding that the county needs 192 jail beds today (37 more than it currently has) just to keep up with the current inmate population. According to Lt. David Spranger, deputy jail administrator, Grand Traverse County will need as many as 227 beds by the year 2007. The reports suggested that in order to take care of immediate needs and to start in on future needs, the county should add an additional 90 beds to its current jail. Such an addition was estimated to cost county taxpayers approximately $10.5 million.

If Michigan’s jails could be privatized no tax increase would be needed, and neither would Grand Traverse County need to find an additional $10.5 million. Private firms often build, own and operate jails and recoup their investments through contracts for management of prisoners. Often they can do all of this for less than it costs the government.

State officials need not mandate that counties turn to jail privatization — all they need do is change the law so the option is not prohibited. By doing so, lawmakers would not only help counties save money. They would enable them to be more flexible — and therefore more effective in dealing with the responsibilities of law enforcement.

Scott Walter is a research intern and economics student at Northwood University in Midland. Michael LaFaive is director of fiscal policy for the Mackinac Center for Public Policy.