If You Build It, They Won't Come 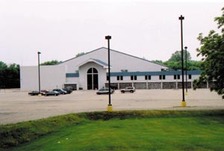 This functioning church building was the site of three previous grocery store attempts that failed in Kalamazoo. The state of Michigan and the Northside Association for Community Development intend to subsidize the construction of a new grocery store nearby.

Question: If three major grocery chains had set up stores in a particular neighborhood and those stores subsequently went belly up, would you say this represented a whiz-bang of an investment opportunity? Not likely. But then, you’re not an official with our state’s dispenser of corporate welfare, the Michigan Economic Development Corporation (MEDC). The state should leave investment in private firms in private hands by getting out of the business of picking business winners and losers.

The MEDC has promised $1 million to the Northside Association for Community Development (NACD), a neighborhood association funded in part by the city of Kalamazoo. Why? So the NACD can boldly go where three have failed before: It wants to build a $5 million grocery store in the same neighborhood, on the north side of the city of Kalamazoo, where Meijer Thrifty Acres, Family Foods, and Foodtown have each failed with stores at various times during the 1960s, 1970s, and 1980s. Thus far the MEDC has disbursed $200,000 of the $1 million grant to NACD.

What makes government think it can succeed where real entrepreneurs with first-hand knowledge of the grocery business have failed? How bad does an investment environment have to be before government bureaucrats lose their faith in subsidies?

The neighborhood into which the NACD wishes to place its grocery store has a higher crime rate and poorer basic infrastructure than the rest of Kalamazoo. It’s difficult to attract shoppers to an area where they fear being victimized by criminals. If the neighborhood were to change somehow, it might be able to support a grocery store.

But instead of focusing on creating a better overall business climate in this area-by reducing crime and improving roads, for instance-NACD officials are trying to generate “economic development” by forcing taxpayers to support a store in an area already repudiated by shoppers and business alike.

So far, as one might expect, progress on the grocery store has not been good.

When they were approved for the $1 million grant from the state in January, 2001, NACD officials pledged to have the grocery store open by December of that year. Eighteen months later, the proposed site houses only an abandoned industrial building. The NACD needs to raise $4 million in private funds to build the store. To date, it has raised less than a quarter of that amount. Apparently, private-sector investors are more skeptical of this project than central planners at the MEDC.

Then again, private investors are investing their own money. The MEDC is investing yours-the taxpayers’.

Raymond Wilson is a former county commissioner and founding member of the Kalamazoo County Taxpayers Association. 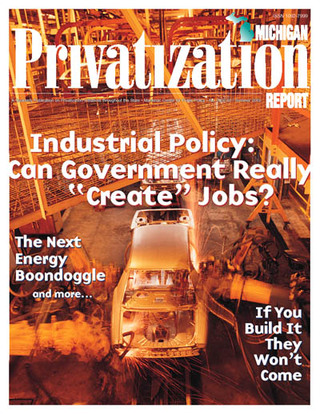