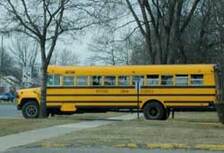 In 1994, a Michigan ballot measure called "Proposal A" changed the source of school funding for districts throughout the state. What was once a local responsibility, based on property tax levies, became primarily a state responsibility, funded through a variety of state revenue sources including a 50 percent sales tax increase.

Before Proposal A, local school districts were responsible for approximately 68 percent of school funding. This method of funding was criticized for creating high property taxes and large per-student funding differentials between districts. Proposal A sought to reduce property taxes, reduce the need for local millage votes to provide money for education, increase the state share of total revenue for K-12 education, and provide a guaranteed minimum per-pupil level of funding, while reducing the gap between districts' per-pupil funding.

The measure achieved many of its goals. The change in method of school funding successfully narrowed the spending gap in many areas around the state, boosted funding for the poorest districts, and reduced property taxes. The state is now responsible for providing approximately 80 percent of school funding.

But some say the new school funding plan is leaving small districts behind and stifling local control of schools.

Proposal A does not allow local districts to ask voters for additional funds (millages) for operating purposes, with the exception of 39 high-spending districts. They can seek tax increases for capital expenditures such as facilities. If schools are losing enrollment, and therefore per-pupil funding, they must adjust their budgets; a difficult task for some districts.

Officials representing small schools with declining enrollments, particularly in the Upper Peninsula, say Proposal A has limited their ability to provide educational services, because those services don't lend themselves to the per-pupil model.

"You've got fixed overhead per class. It doesn't matter if you've got two kids or 30 kids," Rep. Ron Jelinek, R-Three Oaks, recently told The Detroit News. "You've got to heat that room. You've got to have a teacher."

Even in larger districts, complaints are rising over Proposal A. Districts losing students to charter schools or other public schools through the state's schools-of-choice program also lose the corresponding per-pupil funding, but they no longer have to spend money on students who no longer attend their schools.

Many districts, including Redford Union, Comstock Park, Grand Rapids, and Holland have made significant budget cuts, teacher layoffs, or cuts to extracurricular programs due to declining enrollments.

Holland Superintendent Marcia Bishop and others are urging the Legislature to provide extra money to districts that are losing students to schools of choice. "What we're faced with is reducing programs without reducing the quality of the education we offer," she recently told the Grand Rapids Press.

Some critics also say Proposal A has stifled local control of school districts, giving more decision-making and regulatory power to the state. Dependent on the state for the bulk of their funding, and without the ability to ask local voters for additional funds, districts are subject to the state's direction and control over school issues.

Despite complaints about Proposal A, overall funding for public schools has increased by more than 50 percent since 1994, more than double the rate of inflation.

Nevertheless, Proposal A has forced many districts to re-examine spending practices and look for ways to save money and shift more funds away from administrative expenses into the classroom.

One of the most effective methods for saving districts significant funds has been the privatization of school support services. School districts including Pontiac, Mt. Pleasant, and Detroit have saved millions of dollars by contracting out school services such as food, groundskeeping, janitorial, and computer services. By exercising these options, districts have been able to direct more money into the classroom.

It appears that the debate over Proposal A will continue and even intensify in the next legislative session. Recent legislation was introduced that would amend Michigan's school finance system and grant more taxation power to districts. What is not apparent is whether Michigan citizens are willing to keep the sales tax increase and accept higher property taxes as a result.