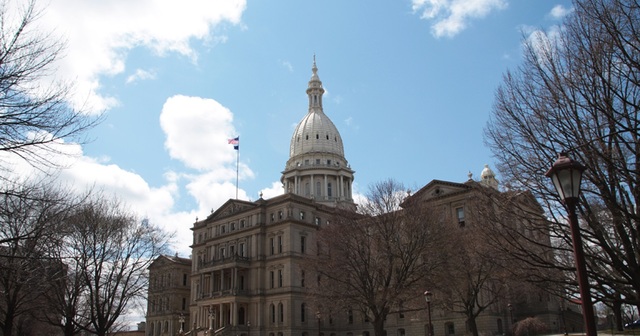 Taxpayers shouldn't have to worry about being fleeced by for-profit, multinational conglomerates

Editor’s Note: This is an updated version of a blog that was first published in August 2021.

Throughout the pandemic, the public has heard charges and counter charges by Democrats and Republicans that the other team doesn’t use science in its decisions about masking and some other public health mandates. If most politicians cared as much about the science surrounding our economic health, taxpayers could worry less about being fleeced by for-profit, multinational conglomerates. House Bill 5426, identical to Senate Bill 615, is a case in point.

This legislation — which will be considered in the House Commerce & Tourism committee at 9 a.m. next Tuesday, January 25 — repackages the “Good Jobs for Michigan” subsidy experiment, which expired in 2019, as the “Michigan Employment Opportunity Program.” The “Good Jobs” experiment was itself a repackaged version of the failed and deservedly defunct Michigan Economic Growth Authority, which cost Michigan taxpayers billions with nothing, on balance, to show for it. If Lansing politicians truly care about science, data or metrics (as well as practical and historical experience) than they cannot adopt House Bill 5426.

As with “Good Jobs,” the “Michigan Employment Opportunity Program” envisioned by the House and Senate bills would select corporations believed worthy of taxpayer subsidies and, if eligible, send them checks from the state. These would amount to up to 50% of the personal income taxes paid by new hires, at an annual wage equal to or greater than an average wage in particular regions identified by the state. Corporations could collect subsidies equal to 100% if they meet minimum job requirements and pay annual wages equal to at least 125% of regional averages identified by the state. Income taxes would be captured in a special fund housed in the state treasury. The program is capped at a total of $300 million and contains a sunset provision for the end of 2026.

This program is not new wine, but old wine put into old wineskins. Whether the subsidy is paid from the state’s General Fund account or a special fund makes no difference. It still gives fiscal favors to corporations chosen by Lansing’s appointed elite. This, even though the overwhelming record of scholarly evidence says that state business incentive programs are ineffective.

In 2020 the Mackinac Center published a statistical analysis of state incentive programs, going back to 1983. We did this by creating a large database of past Michigan deals and comparing them to employment records in the National Establishment Time Series database, which tracks employment and sales at establishments over time. We found that only three of nine program or program areas we analyzed showed a statistically significant impact on job growth. Even then, they came at a price of $600,000 in incentives offered per job, hardly a cost-effective subsidy.

The study, titled, “Economic Development? State Handouts and Jobs,” also analyzed specific programs. The MEGA, on which the Good Jobs program and the proposed new program rest, was found to cost $125,000 in incentives offered per job created. Six scholarly analyses have been performed about MEGA, and five have found a zero or negative impact. A seventh study, titled, “Did Incentives Help Municipalities Recover from the Great Recession?” described MEGA as a debacle.

Scholars have found that similar programs in other states are equally ineffective. Economist and university professor Nathan Jensen published an analysis in 2014 of the Promoting Employment Across Kansas program. PEAK is structured very similarly to the newly proposed Michigan program; it allows corporations to capture employee income taxes (up to 95%) that would otherwise go to the state. Jensen found that businesses subsidized by this program were no more likely to create jobs than similar businesses that were not.

Over the years, literally hundreds of studies have examined the effects of business incentive programs. A great academic review of many of them was published in 2004. Its conclusion: “In fact, there are very good reasons — theoretical, empirical, and practical — to believe that economic development incentives have little or no impact on firm location and investment decisions.” There’s been nothing published since to suggest that new programs will have better results.

The reader may wonder, “What do lawmakers present then in opposition to this mountain of research showing such programs to be ineffective?” The short answer is nearly nothing. Indeed, their evidence of program effectiveness is tantamount to “The program is effective because we say it is.”

Only once in 25 years of policy work have I seen politicians or their lieutenants make a defense of these programs by using independent, scholarly research. Even then, that one instance involved the redirection of a pointed question. The anecdotes that advocates of such programs do cite as success are the stuff of PR spin doctoring, not dispassionate scholarship anchored in search of truth.

Those in Lansing’s political class owe us evidence that their corporate handout subsidy programs are effective before they adopt another one. Many scholars with no stake in Michigan’s policy fights have parsed state corporate subsidy program data for years; they’ve repeatedly concluded that they don’t work.

It is imperative that those pushing House Bill 5426 show hard evidence to the contrary, or to abandon their efforts to hand out another $300 million to corporations of the state’s choosing.