Good Jobs For Michigan is a repackaged MEGA

In addition to a bill to give more taxpayer dollars to select developers to build buildings, state lawmakers are considering another package that would give more taxpayer dollars to select businesses. The package contains bills with similar language to that of the state’s old business subsidy program, the Michigan Economic Growth Authority. The state stopped awarding new deals for that program in 2012.

The new package, which supporters call the Good Jobs For Michigan program, is essentially a repackaged version of MEGA. It shares a large number of features as the old program. At their core, they are both discretionary financial favors to select businesses. The table below highlights some of the similar traits and marks a few differences. 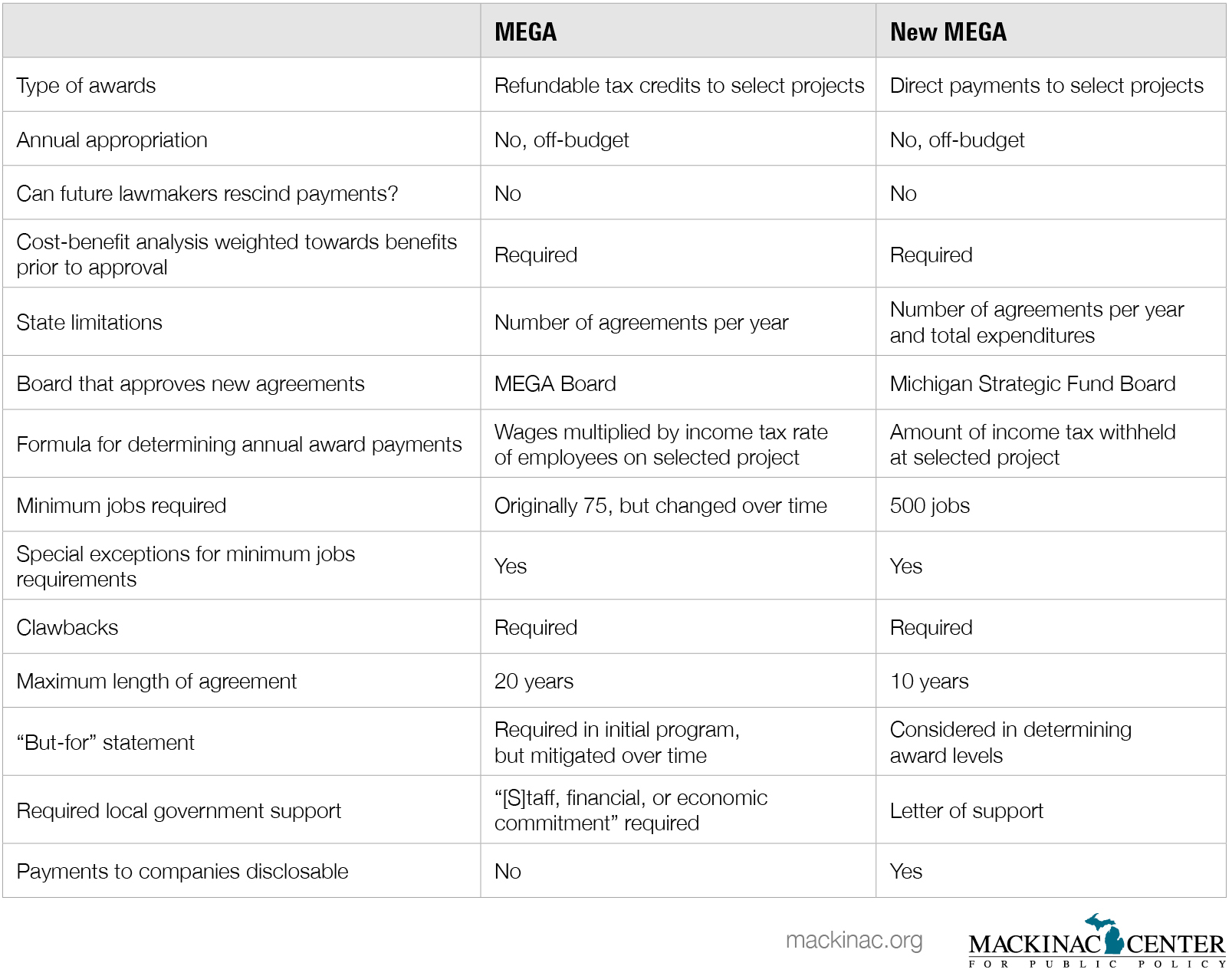 All told, the programs have different limits and boundaries. The largest difference seems to be the explicit clarification that the payments to companies in the new MEGA are disclosable to taxpayers, while old MEGA is still considered confidential tax information. But even with that, this new proposal looks, sounds and acts like the old, failed MEGA program.

Kmart Property is MEGA Reminder Not to Extend Subsidy Program