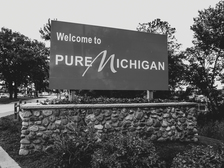 When you work at the Mackinac Center, it is easy to find reasons to be grateful, whether it is a holiday season or not. This holiday season, however, the Morey Fiscal Policy Initiative is grateful for what might be an end to some unnecessary spending on corporate and industrial welfare. Gov. Gretchen Whitmer deserves the lion’s share of credit here, but other lawmakers deserve applause too.

As of this writing, the state’s fiscal year 2020 Pure Michigan budget, dedicated to promoting the interests of Michigan’s private, for-profit tourism industry, has been reduced to zero. This is a dramatic cut from the $37.5 million budget adopted by the Legislature. (The House should get credit for passing a budget that cut spending on the program by $4 million.) Had that been signed into law, the appropriation would have lifted year-over-year spending by $1.5 million.

The Pure Michigan program began in 2006 during the administration of Gov. Jennifer Granholm and was designed with the hope of creating jobs in the state by luring tourists to Michigan. More than $261 million was dedicated to the program through 2016. The problem has been, however, that it is an ineffective use of the state’s precious resources.

The state repeatedly bragged early in Pure Michigan’s life that the program provided a net positive return for every dollar legislators spent on it. Curious about how return-on-investment calculations were done, we inquired about the methodology used by the state’s consultant. Mackinac Center scholars were told it was a proprietary calculation and we’d have to take their word for it. We refused to do so.

Instead, we collected 39 years of publicly available data on government-funded tourism promotion efforts in the 48 contiguous states. We then built a statistical model designed to estimate the impact of such spending. The model looked at several tourism sectors, including hotels and motels, recreation and arts, and amusements.

Our model found that for every $1 million in increased spending on state-funded tourism promotion, there was a corresponding increase of just $20,000 in extra economic activity in the accommodations sector. Worse, that was the best return on spending we found. That $20,000 isn’t new tax revenue, mind you, but a small increase in the operations of some tourism businesses. In other words, the program is a huge fiscal loss for the state.

That is why it is hard not be anything but grateful for the governor’s veto and the lawmakers who agreed to let it stand. The savings can no doubt be used on a higher priority.