Blowing the Whistle on Dumbed-Down Math 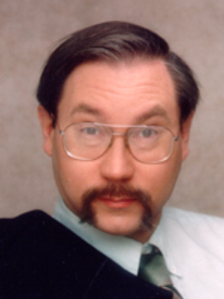 What do you do if your middle-school students' math scores are falling, and you've got to put a better face on things?

Why, teach them something else-something much easier, like playing with blocks or cutting out pictures-and simply call it math.

Yes, our educators should remain open to new methods for putting across hard-to-grasp, abstract concepts. But in the end, they still have to make sure the child can count, do sums, and (eventually) master long division. And it's precisely the acquisition and demonstration of such rigorous skills that get short-changed in the 10 new flashy but feeble "alternative math programs" recently endorsed by the federal Department of Education (DOE).

At least, that's the judgment of David Klein, math professor at California State University at Northridge, and more than 200 other scholars who put their names to a letter and full-page ad in the November 18 Washington Post urging federal Education Secretary Richard Riley to stop endorsing such proprietary programs as "MathLand," which purposely avoids lessons with "predetermined numerical results" (that is to say, answers that could be gotten wrong), instead urging young children to "count" using calculators, while replacing textbooks with "manipulative kits" featuring pattern blocks and cubes.

Such programs purposely sidestep the development of such important skills as dividing fractions and multiplication of multi-digit numbers, the scholars warn. And without those skills, the students will have trouble ever mastering such advanced undertakings as algebra, calculus, and physics, which in turn form the foundation for any professional career in engineering.

Those signing the ad and letter include the heads of the math departments at Stanford and the California Institute of Technology, four Nobel laureates in physics, and two recipients of the Fields Medal-the world's top honor in mathematics.

"Many of us felt they were among the worst programs in existence," Professor Klein says of the 10 programs endorsed by the DOE. "It would be a joke except for the damaging effect it has on children."

One second-grade exercise in "MathLand" pretends to teach division by asking students to think up a lunch, draw it on paper, and then cut out the different foods and place their drawings in a bag.

The San Francisco Chronicle reported October 17 that even the tiny tots carrying out this exercise have asked, "Can we do some real math now?"

Rather than helping fix the problem of sagging math scores, such dumbed-down schemes have actually caused the problem, the scholars assert-starting with California's 1992 adoption of a revised "Mathematics Framework" which urges that children not be taught what adults already know about mathematics, but should instead be required to reinvent it for themselves.

Sort of like teaching auto shop by leading the students to deposits of coal, iron ore, and petroleum, and saying: "Here you go, kids: invent the car. We'll even give you a hint: Think 'cracking towers.' Extra credit to anyone who can invent the automatic transmission before gym class."

One member of the DOE panel who endorsed the 10 new programs, Steven Leinwand, wrote in 1994 that "It's time to acknowledge that continuing to teach these skills (pencil-and-paper computational algorithms) to our students is not only unnecessary, but counterproductive and dangerous."

As the Los Angeles Times editorialized on November 27, even as U. S. math students consistently lag behind those of nations like Japan and the Czech Republic, which emphasize memorization, "Washington is inexplicably debating whether students should be learning the most basic of lessons: the multiplication tables."

Secretary Riley babbled the standard federal excuses. "We simply report the findings of an independent panel," he simpered. "The local decision is what is most important. The school is not in any way bound to use what we've recommended."

But if the decisions are best made at the local level (as is certainly true) and the DOE is not to be held accountable for any of its "recommendations" since they're only "advisory," then why continue dumping millions each year into this useless, counterproductive federal ant farm?

Not that Secretary Riley is telling the truth, anyway. The Times also reports that "In 1977, a foundation official threatened to cut off federal funds unless California education officials reversed a state mandate that third-graders memorize multiplication tables."

Professor Klein and his colleagues are to be congratulated for finally pointing out that the federal emperor has no clothes. Perhaps 20 years of the DOE has been enough.

A collection of Vin Suprynowicz's nationally syndicated essays is available in book form for $24.95 from Huntington Press at 1-800-244-2224 or on the World Wide Web at www.thespiritof76.com.