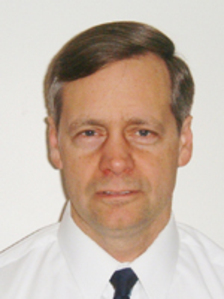 Dirk Koorstra is a math teacher in Zeeland Public Schools and has been in education for more than 18 years.

From time to time people bring up the idea of eliminating teacher tenure as a part of education reform. While some think tenure protects incompetent teachers, my experience has been that tenure, more often, protects good teachers from the misperceptions and politics of the job.

Teaching is a subjective profession. High school teachers begin the year with about 140 students. Each student has a unique background. The definition of success can vary dramatically from student to student. This makes it difficult to evaluate a teacher based on one student, one class, or the results of one test. There must be broader and more objective criteria for evaluating teachers.

The current Michigan Teacher Tenure Act establishes a due process for evaluating and dismissing teachers. New teachers are on probation for four years. During this time the district may release them by simply giving them a written notice with more than 60 days left in the school year. There is a bit more work in terminating a tenured teacher, but if administrators do their job the process can be completed in one year.

Teachers need protection because reports published in the press only give a small and often misleading picture of the job a teacher (or district) really does. These public reports put a lot of pressure on administrators. They often end up with a "bottom line" mentality. The quickest way to reduce failure and dropout rates is to lower the standards. The quickest way to raise MEAP scores is to focus on the test and sacrifice other curricula. The pressure to look good on paper produces strategies that hurt real learning and student achievement. Teachers are forced to play along or face bad evaluations.

I was a victim of this process just a couple of years ago. I had a class where, despite my best efforts, 25 percent of the students failed. All the students had failed the class at least once before and all of them had the accompanying behavior problems. I put far more time and effort into that class than my "normal" classes. I was determined to get them to learn while others encouraged me to just lower the standards or fudge the grades. I kept pushing and by the end of the year 75 percent of the students passed a real class. I was given an unsatisfactory evaluation for not coming up with a way to get more students to pass.

Some of the students that I have the most impact on may only get Cs or Ds in my class. I recently ran into a student I had several years ago. She introduced me to her friends as her "math, morals, and all-around-life" teacher. I thought the buttons were going to pop off my shirt and it had nothing to do with a bunch of geometry theorems. Teachers do much more than just prepare kids for state tests.

Another situation calling for some form of protection is encounters with parents. Research strongly indicates that the number-one factor in student achievement is positive parental involvement. I believe this is true and do several things to encourage communication. However, teachers need protection from the occasional zealot.

I have had two such zealots attack me over the past 18 years. A few years ago I had my students write a paper on honesty. Shortly after the assignment was given I was called to the principal's office to explain why I was teaching values. The parent admonished us that there is no such thing as honesty. Everything is relative-except for the fact that I should be fired!

The second conflict started when a family took its child out of school for a one-week vacation, which is usually not a big problem. The student did not do any assignments while she was gone, nor did she make up the work after she returned. The student ended up failing the class. The parents of course wanted me fired because I was a "bad" teacher. Thanks to tenure and supportive administrators, I still have my job.

Most veteran teachers I know have had a couple of job-threatening experiences in their career. Thanks to tenure they survived it and went on to have a positive effect on hundreds more children. There may be improvements to make regarding the technical aspects of tenure, but tenure is a good concept. Administrators can remove bad teachers if they would just use the current law. Meanwhile, the majority of teachers remain free to do their job.