Phonics, "Whole Language," and Literacy: The Alphabet and American Education 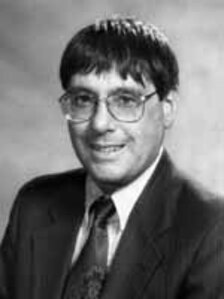 Thomas Bertonneau is executive director of the Association of Literary Scholars and Critics.

For decades, American educators have been engaged in debate over how to teach children to read. That such a debate would even take place is rather strange, since there has never been any particular mystery about it. At least not since man devised history's most supreme innovation in language, the alphabet.

It was the systematic nature of an alphabet that transformed ancient Greece more than 2,500 years ago. Following this development, the Greeks quickly came up with systematic philosophy, mathematics, and science-all things that did not develop where there was no alphabet.

The historian of Greek literacy, Eric Havelock, suggests that the systematic nature of alphabetic writing taught the Greeks to reorient their entire thinking on a systematic basis, and that the regularity suggested by consistent phonetic and grammatical rules inspired them to investigate the phenomenon of regularity elsewhere, in politics and nature, for example.

The steps by which one becomes literate in an alphabetic society are invariable, since they are intrinsic to the alphabet itself. Greek schoolchildren began their education by memorizing the sequence of letters; they learned the rules of combination so as to be able to sound out written words and write their own words correctly. After they had mastered these basic steps, they began to read-simple texts at first, then more sophisticated ones.

At the same time, they studied grammar. Roman children underwent the same training, and so did the boys and girls of Elizabethan London during the time of Shakespeare. Phonics is the uniquely valid way to become literate in an alphabetic society because the alphabet embodies the phonetic content of language.

Let us now flash forward to the United States of the twenty-first century. Something called "Whole Language" has appeared in the teachings of the education professors and has become ensconced in the public schools. "Whole Language" is bound up with a host of other ideas, all of which have the same general tilt: Rules are "oppressive," order is "arbitrary," memorization "destroys spontaneity," and freeing students from discipline and form will enable them to "construct knowledge" all by themselves, without expert intervention or help.

In practice, "Whole Language" enthusiasts abolish the tried and true "break-it-up-and-sound it-out" approach to basic spelling and word comprehension. By surrounding primary and elementary pupils with literature, by encouraging children to guess at meanings on the basis of pictures in the books or to treat words rather than letters as basic units, and by accepting "invented spelling" as the equivalent to the rule-regulated norms of orthography, the "Whole Language" teachers expect that children will, by a magical osmosis that defies explanation, acquire the same literacy as their parents and grandparents, who got theirs the old-fashioned way.

Not surprisingly, "Whole Language" does not work. Californians discovered this when the state made it the mandatory universal method in their public schools in the early 1980s, with little public debate. Within five years, California's third-graders tested as low as those in Mississippi, academically America's most backward state. The decline so alarmed state legislators that they promptly changed the law to reinstate phonics. The same thing happened in Texas.

Despite the empirical invalidation of its premises and methods, however, "Whole Language" has not gone away. Indeed, it is as tenacious as ever and we find it, for example, in Michigan public schools, often under new nomenclature that disguises its presence.

An analogy to athletic training is apt. No coach lets his team sit around the locker room without guidance in the hope that the players will become fit, learn the skills of the game, and develop their sense of tactics by "constructing" these things out of a vacuum. The coach knows that specific exercises in a specific order develop the body for specific tasks; he knows that a regimen of precise drill prepares the team for the game.

The same holds true for intellectual development. We do not make competent readers and writers (and hence competent thinkers) any old way; we must do it by honoring the invention-the alphabet-that has permitted those who adopt it to achieve near-universal literacy, develop the sciences both theoretically and practically, and create and enjoy a rich fund of literature both classic and popular.

"Whole Language" and the ideas that support it are a utopian fantasy in rebellion against discipline. The "Whole Language" approach to reading and writing frees the teacher from the rigors of teaching phonics, just as it frees the education professors from teaching the teachers how to do it. But "Whole Language" does not, and cannot, produce literacy. Meanwhile, the indices of literacy among American school children decline or remain unacceptably low. Almost half of college freshmen need remedial courses in English.

For these reasons, re-establishing phonics as the core of the primary school curriculum should be of primary importance to anyone truly concerned about the welfare of our children and the future of our nation.