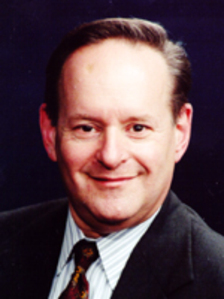 DLC President Al From: Introduce "forces of choice and competition to every public school in America."

The issue of school choice has for years caused fissures in the Democratic Party, which receives significant support from labor unions including the anti-school choice Michigan Education Association (MEA).

However, the voices for greater competition in education are increasingly being heard from within the party.

The Democratic Leadership Council (DLC) is now calling for reforms including school choice and merit pay for teachers.

DLC President Al From, writing in the Fall 1999 issue of the DLC's journal of public policy, presented what he called "New Democrats' 10 Key Reforms for Revitalizing American Education."

"America is a tale of two public school systems: one that works reasonably well, although it could certainly be better, and one that is by almost any standard a disaster," says From.

In addition to school choice and merit pay, From's reforms include the establishment of performance goals for individual schools, national standards and testing, a national teacher corps, character education, and post-secondary vocational programs. Other proposals include lengthening the school year and day, ensuring access to preschool, and allowing experts who lack certification to teach.

The public school system must improve to meet the challenges of the "new economy," says From.

"The time has come for a whole new look at public education-not just inching ahead with incremental reforms, but a total transformation of how we educate our children," he says.

From argues that the public school system too often serves the interests of teachers and administrators at the expense of the students themselves. It is a "monopolistic" system that "offers a 'one-size-fits-hardly-anyone' model that strangles excellence and innovation" he says.

Characterizing charter schools as "oases of innovation," From writes, "The time has come to bring life to the rest of the desert-by introducing the same forces of choice and competition to every public school in America."

From also says Democrats should work to redefine the very notion of public education itself.

"We should rid ourselves of the rigid notion that public schools are defined by who owns and operates them," he writes. "In the twenty-first century, a public school should be any school that is of the people (accountable to public authorities for its results), by the people (paid for by the public), and for the people (open to the public and geared toward public purposes)."

The DLC's mission, as part of the Democratic Party, is to articulate "a new public philosophy built on progressive ideals, mainstream values, and innovative, nonbureaucratic solutions."

Commonly known as the "New Democrats," the DLC was noted in 1992 as playing an instrumental role in the nomination of one of its former chairs, Bill Clinton, as the party's candidate for president.