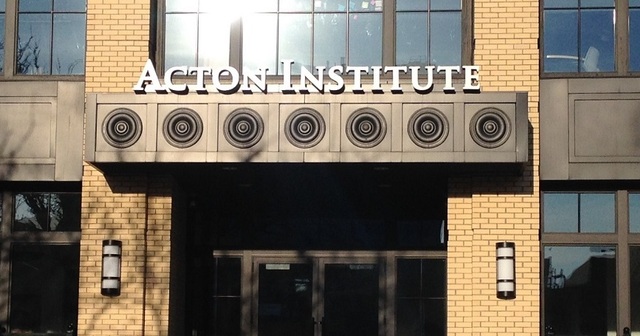 Two years ago, the city of Grand Rapids denied the Acton Institute a local tax exemption. But the free-market think tank demonstrated in court it was indeed a charitable organization, and therefore eligible under state statute to be exempt from certain taxes.

Mlive reports on the city’s aggressive approach to the nonprofit, calling them "a politically driven think tank that publishes right-wing libertarian, philosophical, and political propaganda tempered with extreme right-wing viewpoints" and claimed Acton is “ironically and hypocritically ... anti-charity."

I know several of the people who work for Acton and that last point couldn’t be further from the truth. Like my colleagues at the Mackinac Center, the Acton Institute believes strongly in civil society and people helping each other through volunteering, making private donations to social causes and many other means. Sometimes public officials and politicians confuse real charity with government welfare programs.

When we tried to find out information about which organizations were eligible for tax exemptions in Grand Rapids, the city also treated us in a hostile manner, eventually refusing to talk or release information unless explicitly required by law.

This issue in Grand Rapids was not about whether nonprofit groups or charities should have tax exemptions; it was about the city choosing to unfairly target a group often critical of government policies. As Ross Emmett, a professor of political economy and political theory at James Madison College at Michigan State University put it, “This is very good news. No taxing authority should be able to make an arbitrary decision about a non-profit's status (whether one thinks that tax-exempt status for nonprofits is generally a good rule or not!).”