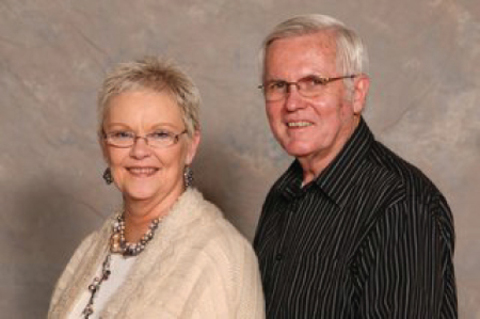 The Mackinac Center for Public Policy is funded solely by freedom loving individuals and organizations that find value in its conviction of free-market principles.  For this issue of IMPACT, we hear from Larry Buist.

In 1964, struggling to find work and feed their families, Larry Buist and his brother Roger decided to take matters into their own hands. They started Buist Electric in an old service station in Byron Center that came with 2,000 square feet of warehouse space. Soon, they had a thriving business.

Over the years, the company grew from the two brothers to almost 100 employees, and from an old service station to multiple warehouses and locations in both Byron Center and Kalamazoo. With the slogan “Raising the Standard,” Buist Electric became an employee-owned company at the end of 2005.

Born in Dorr, Michigan, Buist moved with his family to a farm in Byron Center at the age of six, and credits his father with instilling in him a drive to succeed. “Working on a farm is one big education that I would not have wanted to miss out on,” he says. “It taught me to work hard and be honest. My dad … always gave me credit for everything I did. He always assured me that I could do anything I set out to do.”

But he also learned that success isn’t everything: “My mother and her brother Fred taught me the most about caring for others. … Any time there was someone with a problem, they would take them under their wing, whether it be for a meal or for living with them, as long as they needed to.”

Though Buist believes experience is the best teacher, he says his guiding principles come from the Bible. “Everything I need to know to have a successful life, both personal and in business, is found in God’s Word,” he says. “I strive to use my God-given talents to glorify his name in all I do.”

When asked what he loves about Michigan, Larry Buist doesn’t know where to begin: “the four seasons, beautiful scenery, lakes, islands, waterfalls, history,” he says. He also appreciates the conservative ethics of the Grand Rapids area, which he considers a land of opportunity, “whether it be getting a good education or getting into [and staying in] the work force. We have excellent health care facilities and research institutes.” But the best part of it? “My family is all in Michigan.” And these days, it’s a pretty extensive one — Larry and his wife, Judy, have been married for 54 years and now boast two daughters, seven grandchildren, and five great-grandchildren.

Buist first heard of the Mackinac Center through the Associated Builders and Contractors, a trade group supporting businesses that operate on the standard of the merit shop: run safe, ethical, profitable businesses for the good of the community. He continues to support the center because he values the promotion of “policies and ideas that are needed,” by industries and the government alike.

For more information about making a gift, go to Mackinac.org/donate.