Note to Michigan's Tourism Lobbyist: GEICO Pays For Its Own Advertising and You Should Too 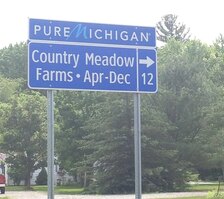 The Michigan Lodging and Tourism Industry Association has issued a statement disagreeing with the Mackinac Center for Public Policy over an argument that the center did not make. The association says it is responding to a new Mackinac Center analysis that finds government tourism promotion an ineffective use of taxpayers dollars.

However, the association’s response does not address the evidence or methodology presented in the Mackinac Center analysis, presents no evidence of its own to rebut the findings, and makes no argument relevant to the issue of government funding PR campaigns that benefit a particular industry.

The trade group's statement instead attempts to distract policymakers and the public with a diversion, erecting and then knocking down an absurd straw man argument.

The Mackinac Center report was released on June 1 and is part of a larger study coming out in the fall. It uses a statistical analysis to separate out all the different factors that increase tourism industry activity in a state with the goal of answering this question: How much more tourism and lodging business exists in Michigan because state government spends money promoting the industry, compared to the amount that would exist without this government spending?

The analysis indicates that a $1 increase in government tourism spending generates a 1 penny increase in business for the state's motel and hotel industry. So if next year the state spends an additional $4 million on "Pure Michigan" ads and related promotions, the statewide industry can expect to collect an additional $40,000 from customers.

The Legislature appropriated $29 million for the Pure Michigan tourism advertising campaign in 2015, and $33 million has been proposed for next year. The question for policymakers is whether those dollars could add more value for taxpayers and Michigan's economy if they were spent on something different, like roads, or a tax cut that lets families and small businesses keep more of their money.

There is no question that hotel and motel owners appreciate the extra business generated by the indirect government subsidies – so much so that the president of their trade group has shown himself willing to engage in rhetorical mischief to keep them coming. In his rejoinder to the Mackinac Center's finding, Steve Yencich, president and CEO of the Michigan Lodging and Tourism Association, conflated private- and public-sector advertising, pointing to the GEICO insurance company ads as evidence that advertising works.

Clearly a well-executed private advertising campaign promoting a particular firm can boost the company's revenues and profits. GEICO would not spend a dollar on ads unless it expected to get back more than a dollar in additional profit.

But that is a completely different issue from whether a generic government ad campaign promoting a particular industry is a good deal for taxpayers. The proper analogy would be a government ad campaign promoting the concept of car insurance. GEICO would surely appreciate the modest amount of extra business this might send its way, but few taxpayers would consider this a good use of their hard-earned money.

Similarly, Mackinac Center analysts found that state tourism promotion does benefit the motel and hotel industry, even if the benefit is embarrassingly small. The net effect for taxpayers, however, was very, very negative. Those advertising dollars have to come from somewhere, and the cost of funding the ads outweigh the net benefits derived from them.

If generic tourism promotion were as effective as the industry claims we would expect to see its members eager to buy lots of it. Instead, a few years ago they discussed the idea and rejected it. In a 2007-2011 “Michigan Tourism Strategic Plan” authored by the Michigan Tourism Industry Planning Council with help from Travel Michigan and Michigan State University, the authors wrote:

“There is absolutely no industry support for a broad-based industry self-assessment approach to generate sufficient monies to fund Travel Michigan. Last year, TICOM created a special task force to explore such an approach. Without exception, representatives from a variety of tourism industry segments indicated their members and/or Boards would strongly oppose such an approach.” (See page 40.)

In other words, members of the tourism industry like free money, and although they don’t think it’s worth spending their own money on, welcome any crumbs that may drop into their own laps from someone else paying for generic ads promoting their industry.

It is worth noting here that the Mackinac Center’s model is completely transparent, and its authors are happy to explain how it works in detail. The Mackinac Center will make the model’s computer code available when the study is published, and the data is already publicly available. We only wish that Travel Michigan (the state's tourism arm), the Michigan Economic Development Corporation or any other institution that purports a positive return from taxpayer funded tourism promotion would be as transparent.