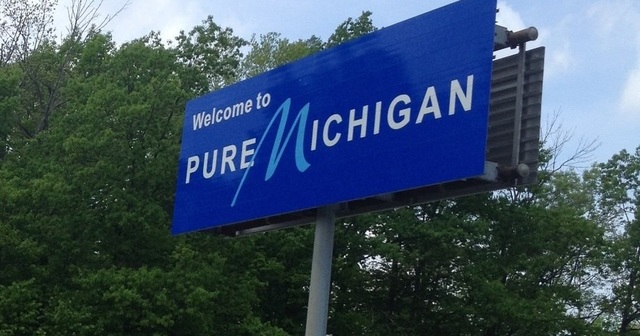 Government spending on tourism — including the popular “Pure Michigan” commercials — do not create net new jobs for the Great Lake State. The taxpayer resources spent on tourism marketing should be redirected elsewhere, such as to repairing Michigan’s roads or cutting the personal income tax.

We developed a statistical model designed to analyze the impact of state tourism spending on economic growth as measured by employment between 1973 and 2012. We used employment and tourism spending data from the U.S. Census Bureau and the U.S. Department of Labor for the 48 contiguous states.

The model, described below, shows that while government marketing of tourism activities does generate value for some industries, the benefits were puny and outweighed by the costs to the state’s economy as a whole.

As one example, a $1 per capita increase in promotional efforts by the state leads to about a one penny increase in spending on the accommodations industry. One cannot think of this as a "return," unless it is described as a very, very negative one. For a traditional return on investment, your capital doesn’t disappear. If you invest $1 and receive 6 cents in return, you now have $1.06. In the case of tourism subsidies, your original $1 is gone forever, and you’re left with one new penny.

The policy challenge for the Michigan Legislature is that the general benefit to taxpayers of programs such as Pure Michigan is nonexistent. The new spending generated by taxpayer-funded tourism advertising is funneled to just a few sectors of the economy: retail, accommodations and amusements, where the impact is visible, but tiny. Meanwhile, the cost of these programs is spread across Michigan’s taxpayers, and the employment losses in other sectors of the economy more than offset the gains to the tourism sector.

The gains to the state economy of large tourism programs are mythical, so spending on them must be evaluated against better alternatives such as infrastructure spending, debt reduction or tax cuts.

Our study’s results should be important to the reader because Michigan’s largest component of state tourism marketing dollars currently comes from the Pure Michigan advertising campaign — begun in 2006 — which is worth about $29 million in fiscal year 2015. This program and its source of funding has been in the news lately due to the ongoing debate over how to fund roads.

Michigan House Speaker Kevin Cotter has advanced a $1 billion road funding plan that redirects Pure Michigan source funding to road repair. It does not eliminate the program as a matter of law. But it does place the Michigan Economic Development Corporation — which ultimately oversees the program — in the position of reprioritizing its remaining resources.

The MEDC is trying to halt a redirection of its funding to road repairs. It is possible that the MEDC may find a way to shift money around to keep the advertising campaign going, but no one should feel obliged. Our model shows that spending on this campaign is ineffective.

This is not the first time Michigan has run tourism-related commercials. In the early 1980s, the Blanchard administration ran a branding campaign that included state-funded television commercials promoting Michigan — the “Say Yes! to Michigan” campaign. You can view examples of those commercials below.

Our model is designed to control for inflation, tourism spending in surrounding states, geographic features that impact tourism, such as elevation or proximity to large bodies of water, as well as recessions, changes to population and changing trends in tourism. By “control” we mean that we assured the model would not falsely attribute to tourism spending what might be the influence of some other important variable, such as presence of a large body of water.

We do not doubt the good intentions of people who champion Michigan or the well-being of the people who call it home. What is open to question is the efficacy of the programs they run in order to do so. Our objective treatment of the evidence should suggest to policymakers that there may be a better use for the tourism advertising dollars currently spent marketing the Great Lake State.

Note: The data presented here comes from a forthcoming study on the Pure Michigan program by the authors, which will include a detailed description of the statistical model and data set among other items.