Navigating Through the Noise

Carol Snyder was one of the friendliest, gracious and generous people I have ever known. I knew her for only two years, but she made an impression on my life that will never go away.

“Mrs. Snyder” (as I called her when I met her while attending college) provided work opportunities for my older brother and me while we were paying our way through school. We did mostly lawn work and other side jobs for her.

Anyone who knew Carol knew she loved to keep the conversation going. When there was a break in verbal exchange, she would fill it with a hum until she thought of something else to say. Silence was the enemy, and Carol knew how to defeat it.

She said her extended family was just like her. When the family gathered for Thanksgiving dinner, individual members displayed their lingual prowess in order to get a word in edgewise. Those not up to the challenge were left in the dead air dust.

She never had to raise her voice, and I never heard her do so. Her placid and lucid expression of word delivery commanded attention without having to raise the volume.

Effective communication of ideas involves both art and science. Some are better at it than others. However, in our culture of instant messages, on-the-spot 24-hour news and split-second sharing of information, attention spans seem shorter than ever. That makes it more difficult to discern a good idea from a bad idea being communicated.

Rather than coming up with a better idea, some communicators simply raise the volume in order to be noticed. They think they are winning people to their side.

Think back to your days at recess. We often played touch football because that was the game the loudest kids wanted to play. And when a disputable call was made, the loudest kids seemed to always get their way.

Political campaigns often use negative messages that most people say they disdain. However, political scientists say the strategy is effective. Somewhere in that equation are people who say they don’t like a message, yet are swayed by that same message.

That’s not to say that we should limit speech. Far from it. The best solution is more freedom. Those who oppose negative and/or loud messages should be free to criticize and counter those arguments. And everyone should be free to decide for themselves what is best.

However, if one believes they have a good idea, why would they feel the need to present it in a harsh way? Do they feel they’ll be drowned out by the other messages out there? Or do they feel it’s the only way to be heard?

Mrs. Snyder knew how to get her point across with meekness and tact. She left quite a legacy that we all can follow. 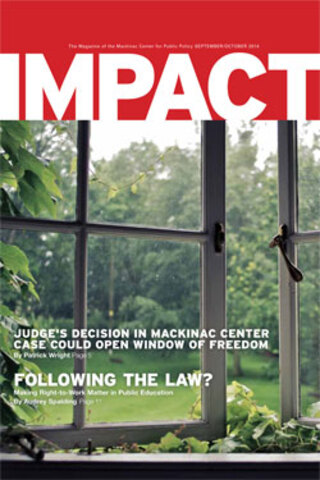